We go for a new adventure! It was long due and we were missing it. So we  organized a 4 day trip into Harghita county, taking advantage of 30 November and 1 December, days of the National Day.

We go from Bucharest to Odorheiu Secuiesc through Prahova Valley … very bad idea, for at times like this, and in general every winter, the valley is overloaded with Bucharest people who also travel. For us, it means nine hours drive to Odorheiu, not really nice, I suggest you take another route or leave earlier. In Odorheiu, we have been staying at the Villa Vitae, which offers a beautiful view of the city, a SPA and of course it is possible to eat there. 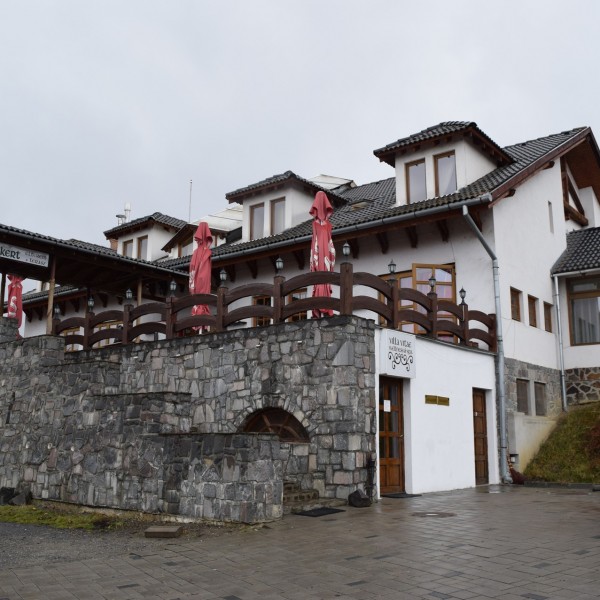 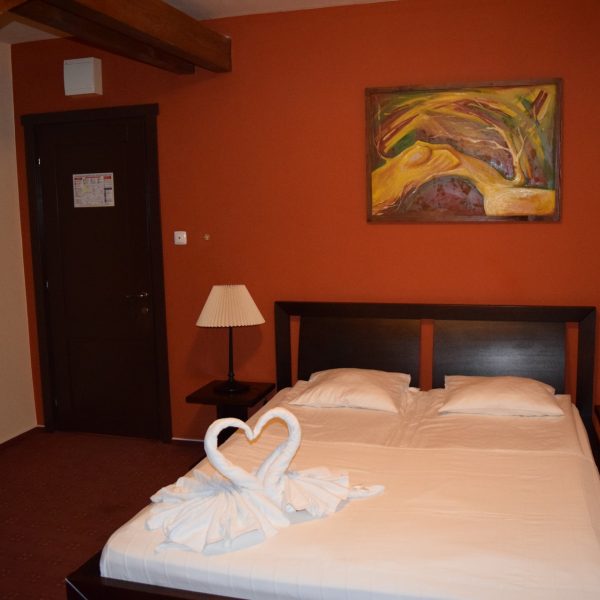 The restaurant is also a romantic place; small tables with white linens, candles, roses … The dishes are simple and good. The breakfast is complete, consisting of pizza, cheese, meats and some vegetables (it is included in the price). 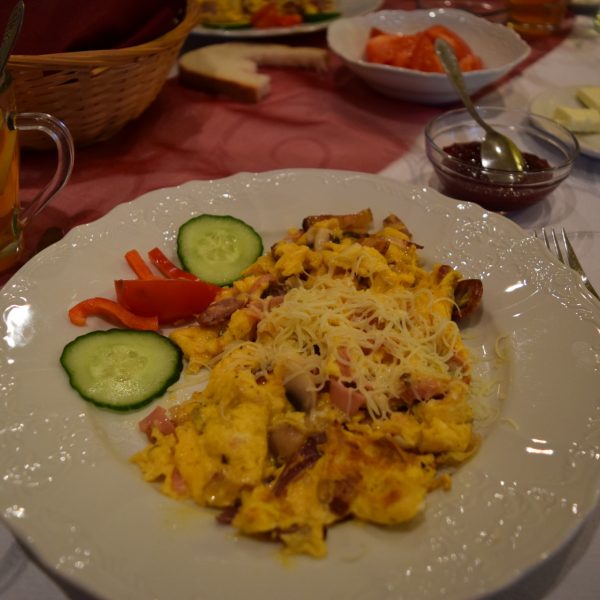 Finally, the spa, which includes a sauna, a Jacuzzi, a cold bath and a pool where you walk, surrounded by sunbeds. In short, a nice place, but not the most extraordinary compared to other like Septimia.

After very well rested (we had 1 day) we decided to leave to explore the city.

First, small city tour. It’s really different from a Romanian city as we find ourselves on Hungarian soil, all panels are adapted to that language.

We spend a lot of time at Gizi, a highly recommended restaurant also doing B & B for its extremely valuable traditional Hungarian menu. You will be certainly impressed first by the decor; ceramic pots, fabrics and embroidered lace tablecloths, a small traditional wood oven and full of decorative elements. The food is … wow … appealing; the sarmales and especially the goulash that I recommend, served in its pot. Do not leave the restaurant without tasting the Hungarian beer which I dare not to pronounce the name: Csiki SOR. Small info, thank you in Hungarian is pronounced “Keussi” or “keussinom” to be more polite. 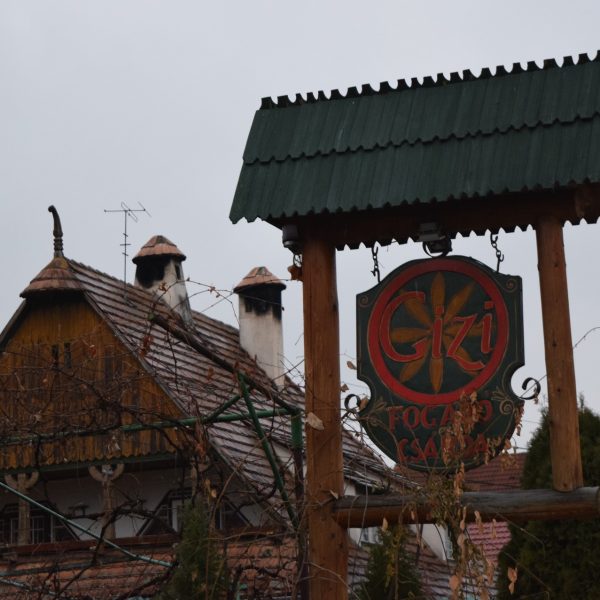 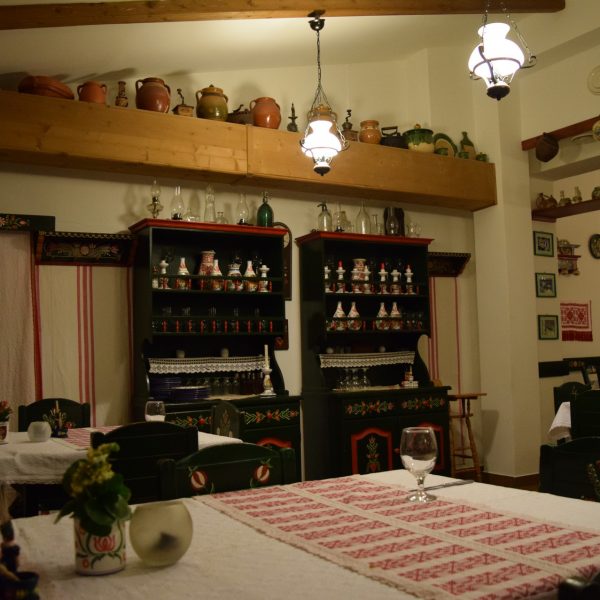 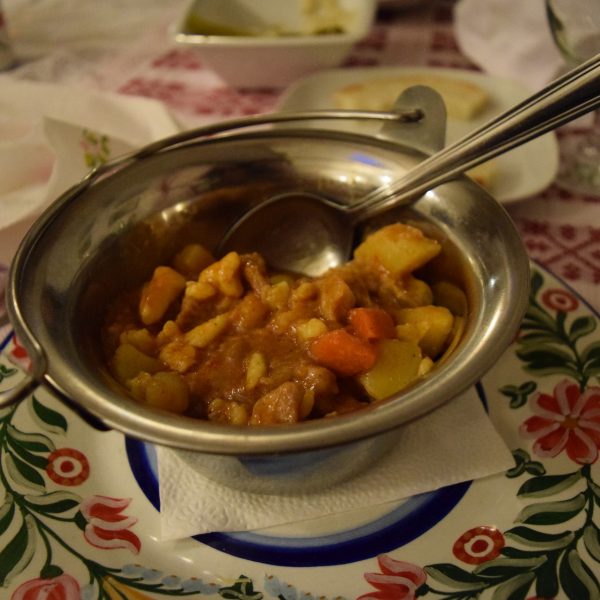 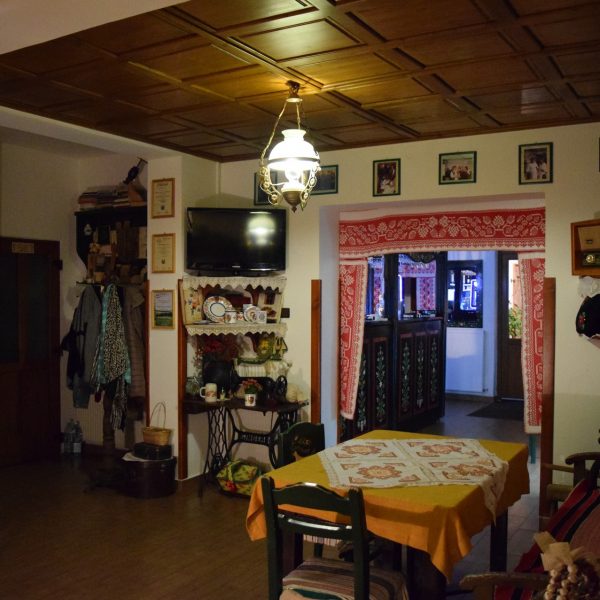 In the city center, we tried to find the citadel which is now destroyed. A school there now takes place where students are trying to trace the Hungarian history by dressing up as soldiers. Signs, tracing the history, are displayed but unfortunately they are in Hungarian, it is still interesting to see the photos.

On leaving the city, in the direction of Feliceni you’ll come across “Jesus szive Kápolna” the Sacred heart Chapel. The building is representative of the Romanian art of the XIII century. It has a traditional wooden gate that does not look like (we still discern some colourful patterns). The monument is white, surrounded by a wall of 2 meters high. It is normally open to visitors, but we have not been so fortunate. Nearly opposite the wall, we can only remain thoughtful before this little round roof topped with a kind of sharp wooden egg with a cross on the end. But by climbing the small hill not far, you can see that it is a chapel that is unusual amid industries. 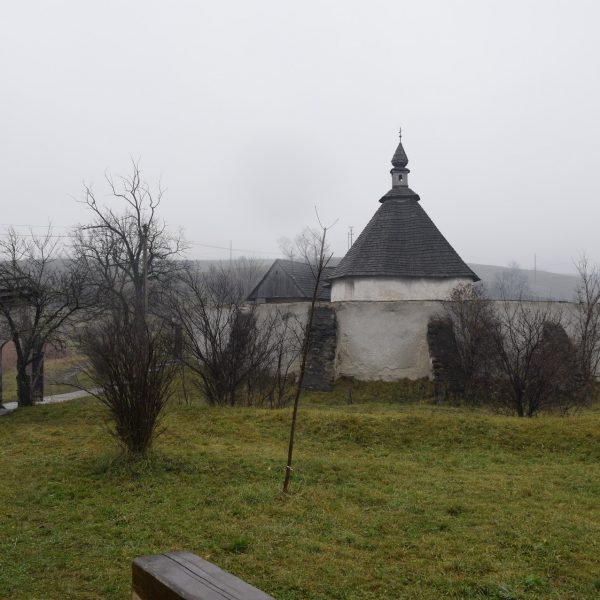 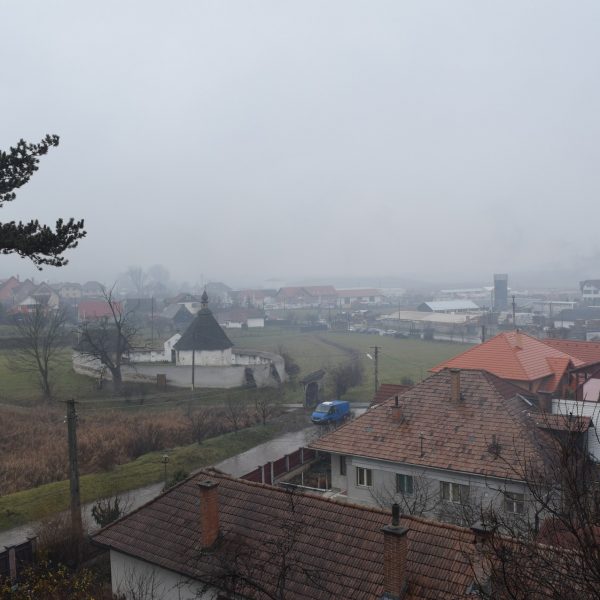 We left to hunt, hunting history, those places where history through the ages and where the souls of brave peasants are gone to defend the heart of villages, the fortified church. This is the case for example of the city of Darjiu, UNESCO classified heritage. 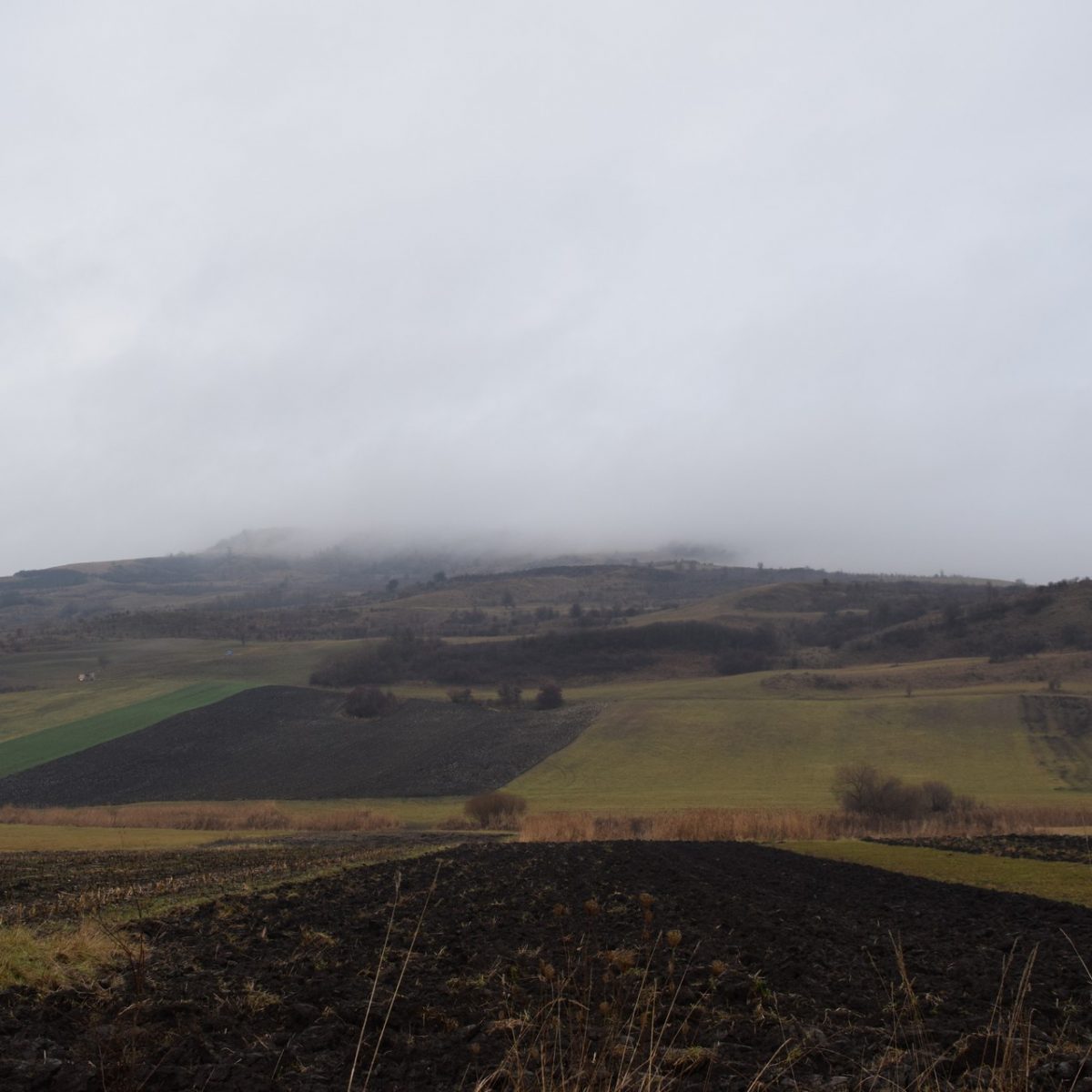 It’s impressive to stand in front of the building and walls, which, seen from the outside, seem insurmountable to ordinary people, probably more than 5 meters high. Behind, one can imagine the peasant people who barricaded themselves during the Ottoman attacks. The church is huge, I would have loved to visit, unfortunately most churches are being restored. 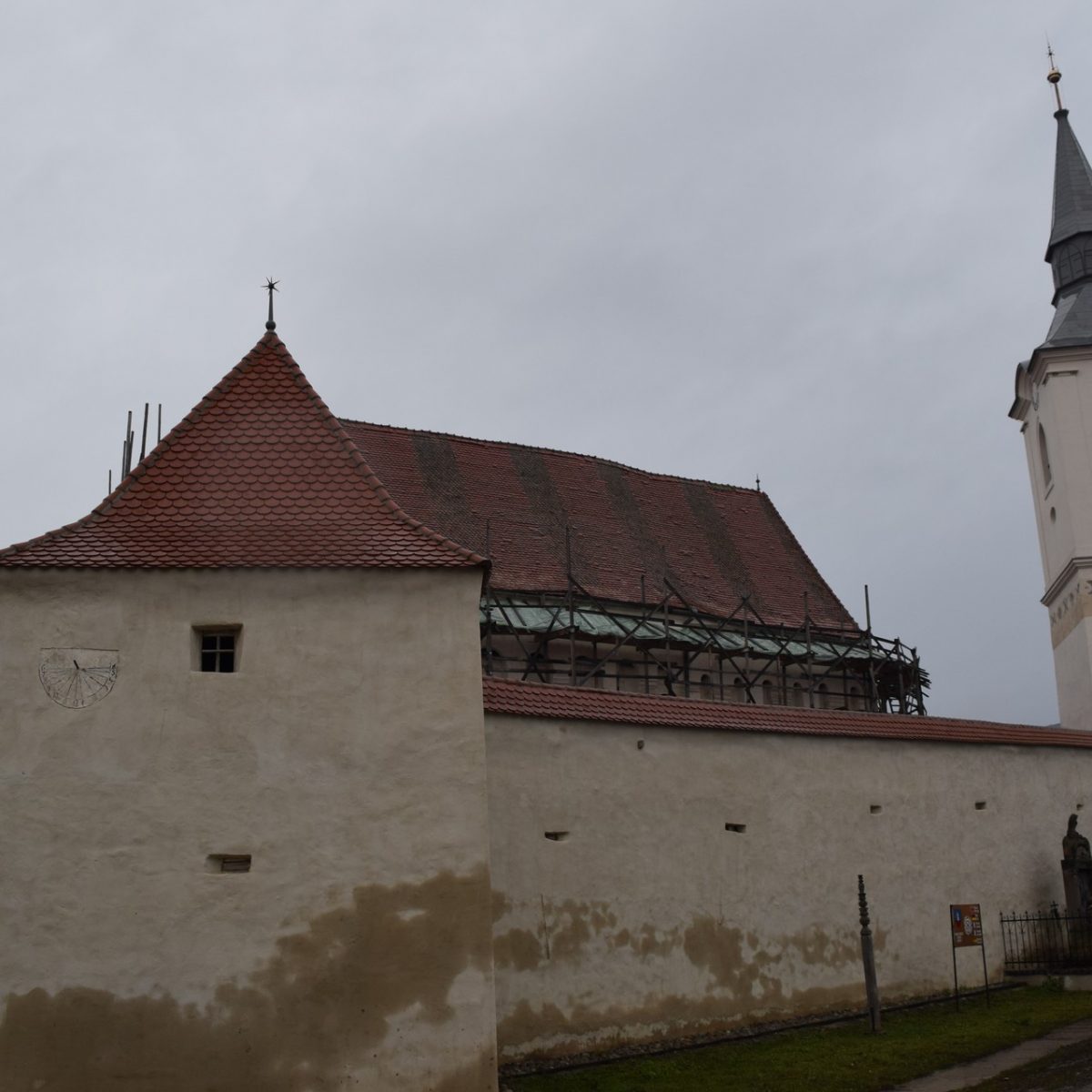 The church is indeed not at all old, it dates from the thirteenth century. It contains medieval frescoes depicting the battle between Ladislas of Hungary 1st, struggling with a couman (nomadic Turkish) warrior who tried to abduct a Hungarian woman.

The evening we went to rest at Villa Honor you already know from my previous articles. Why refuge? The snow, which poured on us in large flakes had already covered the mountains around us. 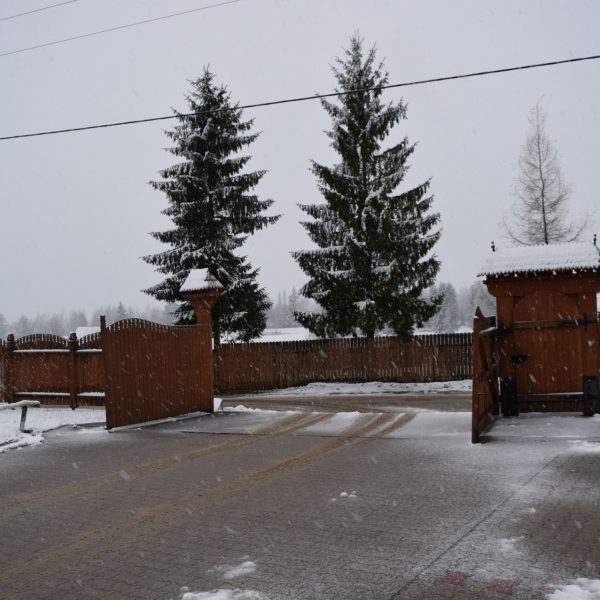 Fortunately the warm hospitality of our host made us feel better right away. We even thought for a moment to get out for a walk and followed a white path, quickly turned into mud. The evening meal was well received: deer meat with rice and a sweet aperitif blood red liquid that I do not know. Unfortunately, we could not ride the horses, snow and moisture creating too much mud so that the horses do not move around properly without risk of falling. 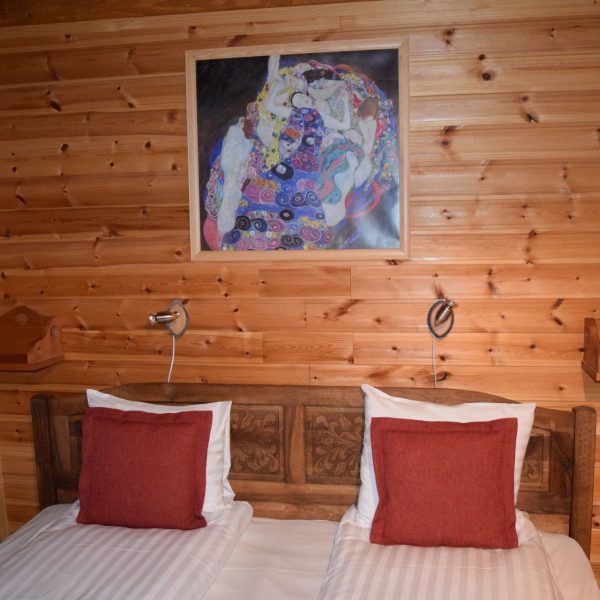 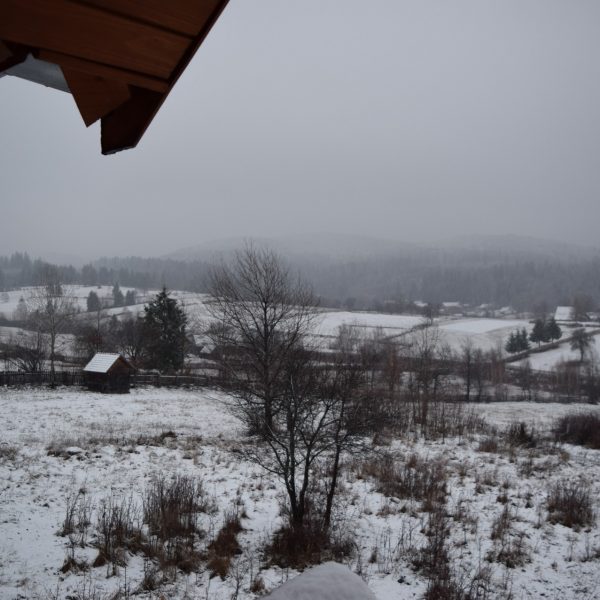 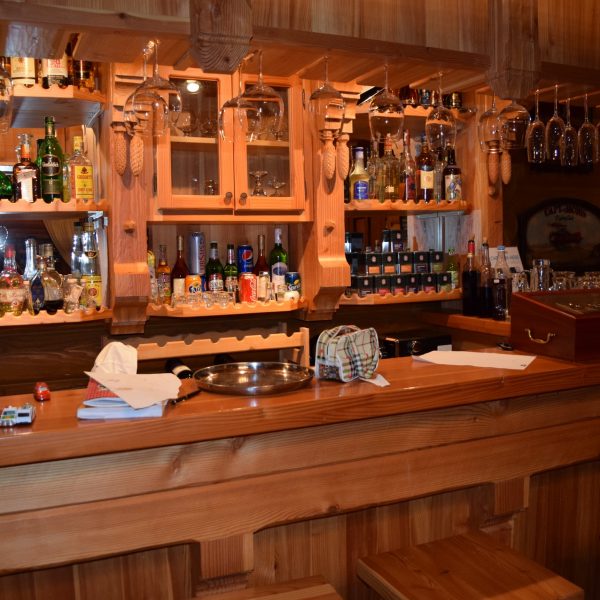 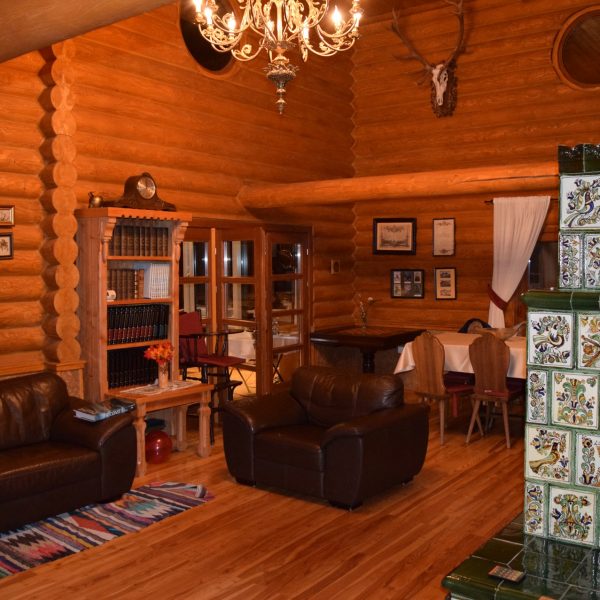 To get home, we decided to go through Brasov, much more advantageous than Buzau.

We will mark a stop at Drauseni where there is a fortified church which is, also, not open for visitors, but nice to see.

I love these exotic views, when you’re on the road and in the distance you see these great buildings, vestiges of a vanished era. This makes it a very interesting route as almost every village has its fortification. 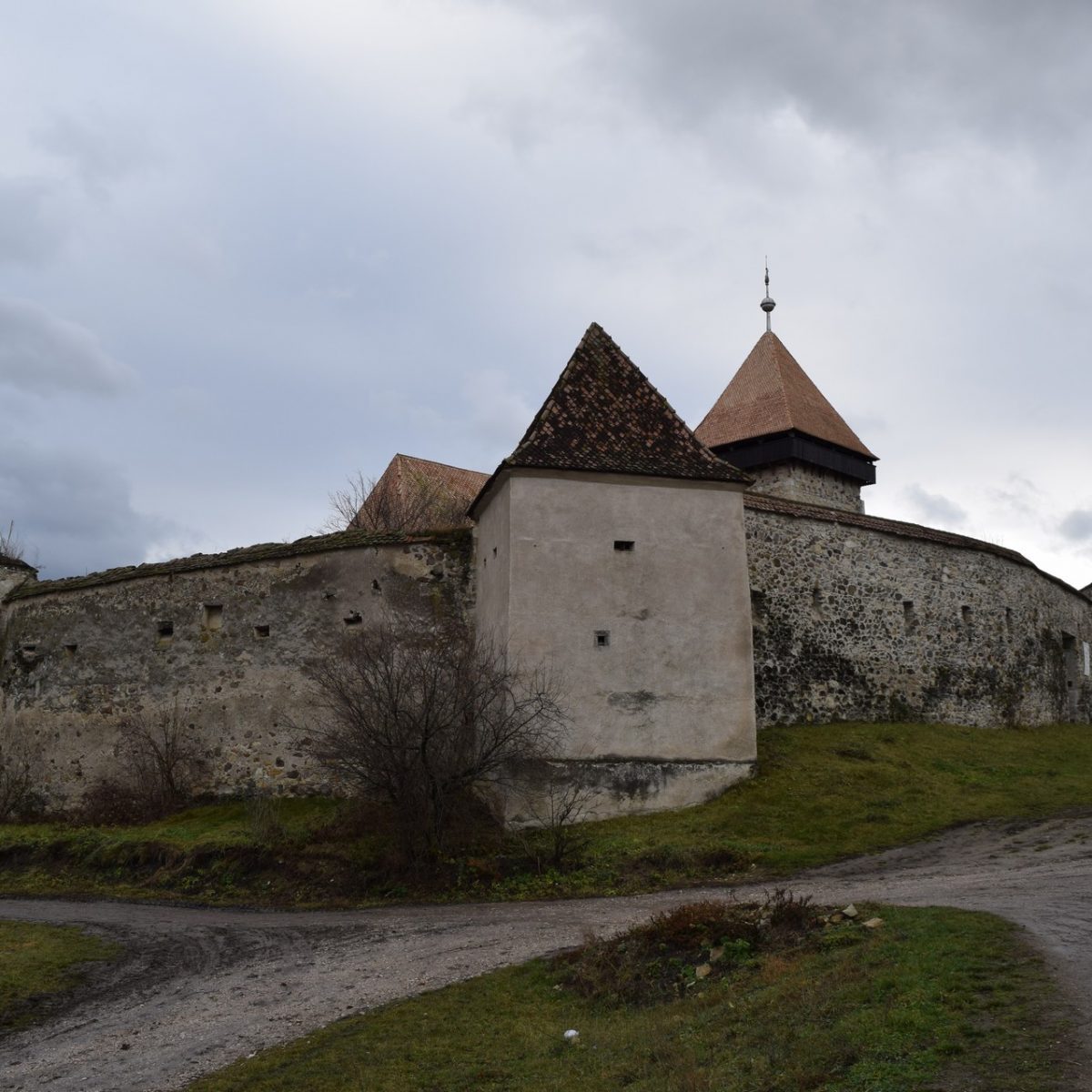 Finally, please note this advantage and we will move the Carpathians by passing the Prahova Valley, via an annex route, starting from Brasov to Ploiesti, through the small town of Cheia, through the mountains. Extremely interesting when the valley is blocked.