The fortified church of Prejmer is one of the most beautiful fortified churches in Romania. It is located in the department of Brasov, a few minutes from the capital. This is on the list of UNESCO heritage, and for good reason: its particular style, its almost perfect state of preservation, its glory, its power … all forms its impressive character.

I have been with Oana in February 2016 on our way to Hadar Chalet. The entrance fee is 10 lei (€ 3). The church is composed of two chambers separated by thick walls and closed strong narrow passages. It has never been conquered and we understand why.

The fortified church of Prejmer evolved gradually as attacks did. It has protected the Romanian people against the Tatar attacks and Ottomans. And it is a shame for them because in its walls hid a treasure; all provisions of peasant crops. With the approach of the enemy, the church bells were beating wildly. In addition to its superb defensive feature, the peasants had invented a rather effective weapon they had named “the organ of death.” They had fixed five riffles on a wooden board, killing any enemies in range, being present on the guarding tour.

Towards 1211, Andrei II, King of Hungary, offers to the Teutonic (German) town of Prejmer, then called “Tarlan”. They are hunted in 1225, but the church was not abandoned, it even developed under a Burgundian Gothic style. The tower and the walls were built in 1461.

The fortification will come later; the walls are of almost 3 meters thick and 12 m high, it’s huge! These walls are flanked by loopholes and battlements and two bastions added to the church wall.

In these fortifications there are the bedrooms of each peasant, numbered to find them among all families. There are almost 275, joined by still solid wooden scaffolding.

A visit is a pleasure 🙂 Many small passages, small rooms to discover. The fortified church of Prejmer is encircled by a peaceful garden where a few trees are present.

The interior of the church is sober, but quite extensive. We were alone in it, and a few moments, we both immersed in our dreams … illuminated by the whiteness of the premises. 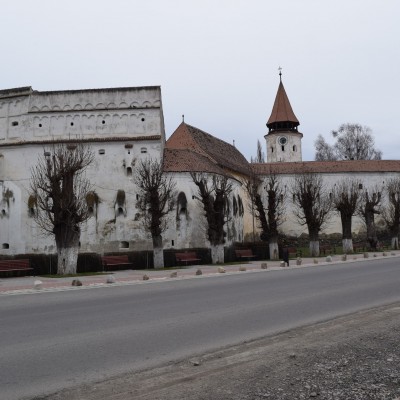 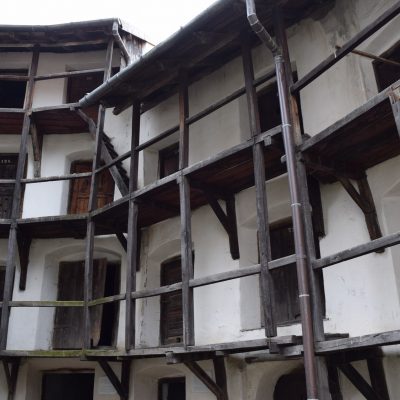 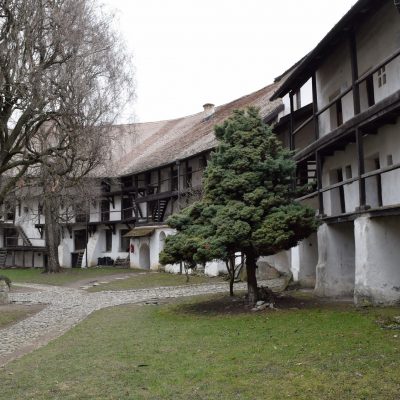 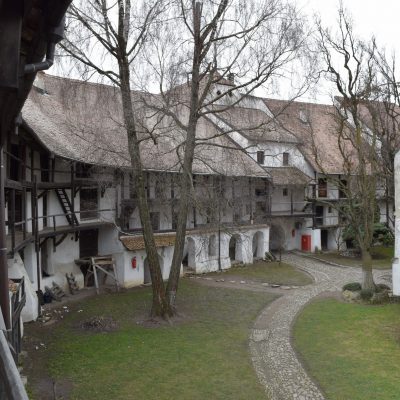 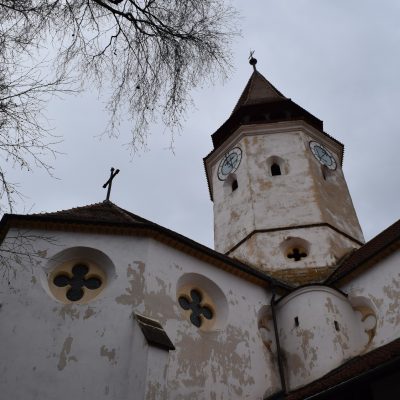 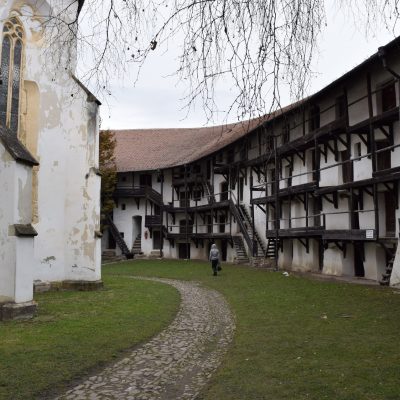 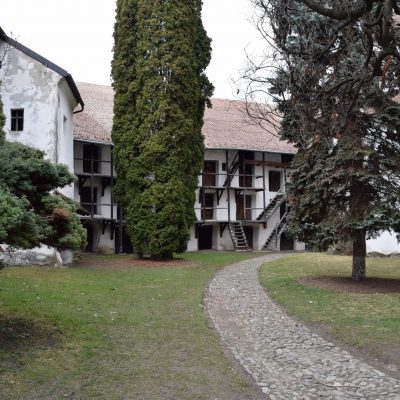 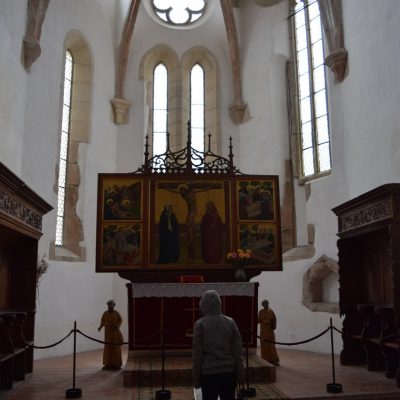 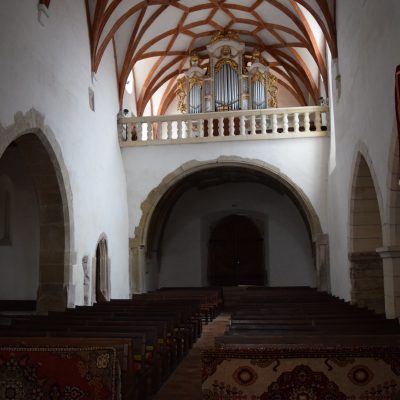 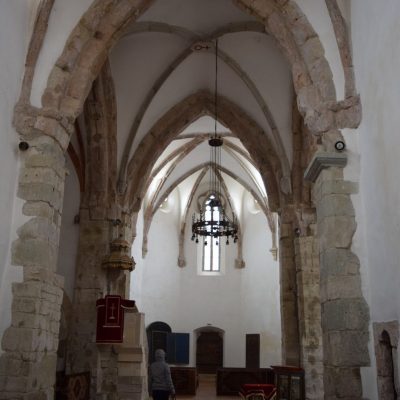 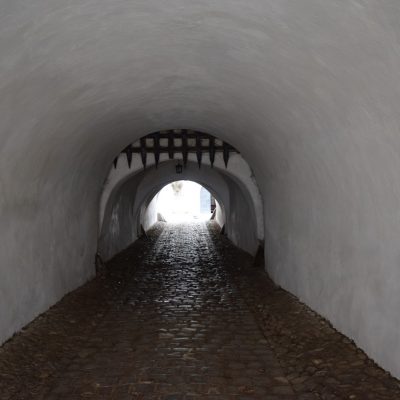 Pastel Chalet, love is in Romania