Saschiz village takes place in the Mures county that hides two beautiful historical monuments you must see and visit, a church and a citadel. On the road between Brasov and Sighisoara, you cannot miss it and history fans will be thrilled especially as the fortified church belongs to UNESCO heritage. 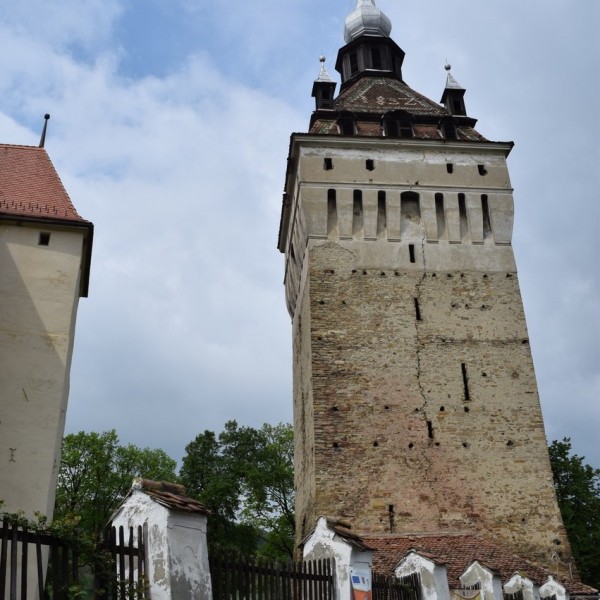 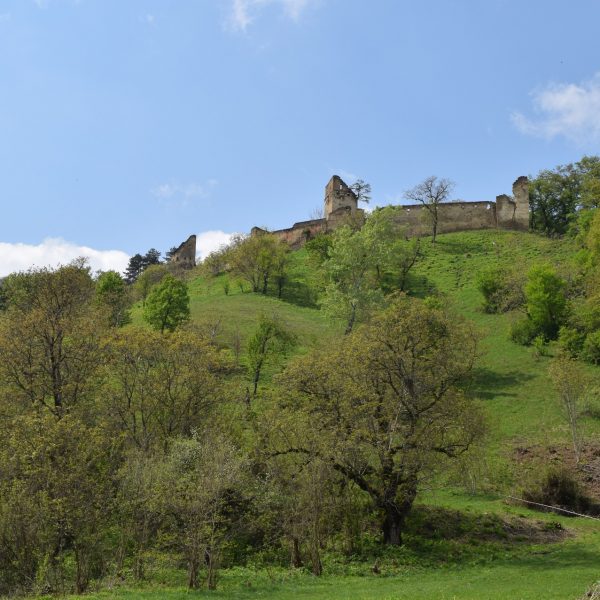 It was built in 1493 on the remains of a Romanesque basilica by the Saxons. The church is impressive for its size and is being completely renovated.

Entrance fee costs 6 lei per person and includes the visit of the church and, interestingly, its attic. The watchtower, meanwhile, is closed. It seems there is not much inside. 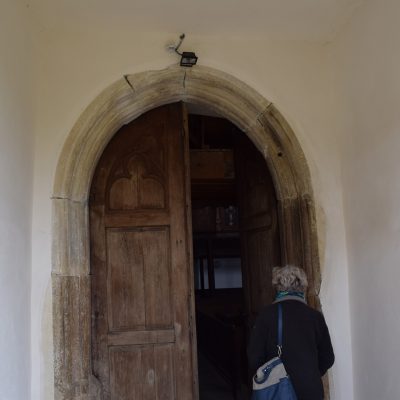 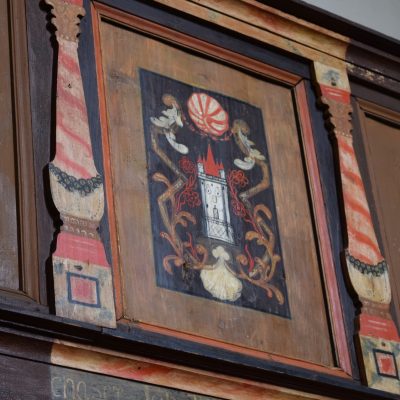 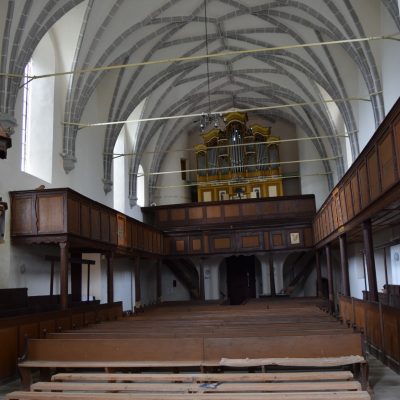 Upon entering the church, we can understand how it is made. The nave is of moderate size and sustained without columns by the side walls. A single row bench in the center and side stands welcome people to Mass and they are the only wooden parts of the church, except of course the attic. We can also see on one of the stages, the coat of arms of Saschiz, with its watchtower. Oh no, I forgot to mention the work supported by a trestle, where it is written back in 1735, but I would not dare comment on its authenticity. 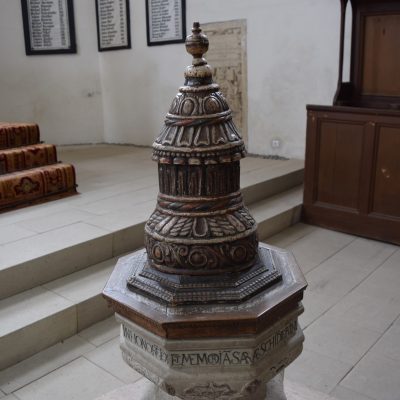 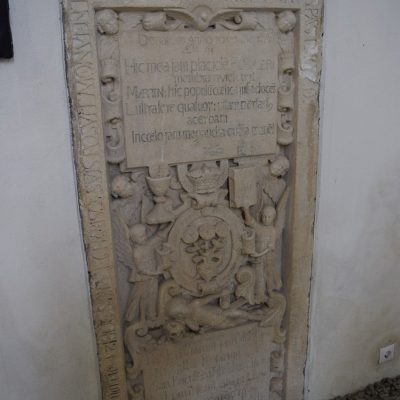 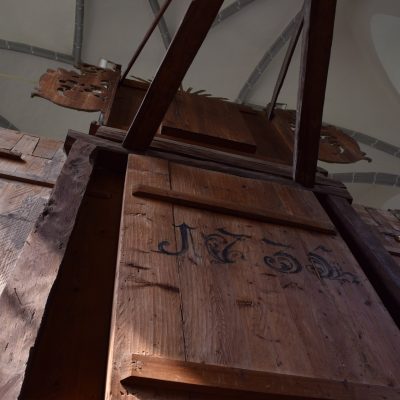 On the other side, there is a cute little organ which we could access, mimicking a crazy concerto. On its side, you have to climb stone stairs ascending spiral. Take them to reach the attic (you can get dizzy: p). This is unheard of for me and this is very interesting without much to see. Just remark the openings, through which the projectiles of the valiant defenders passed. 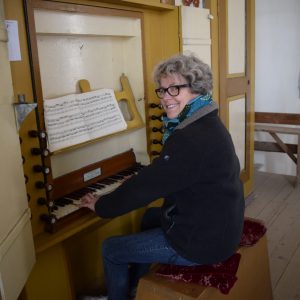 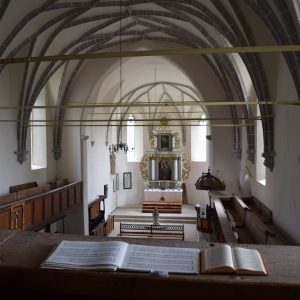 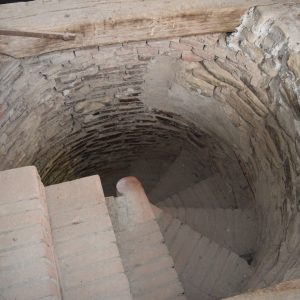 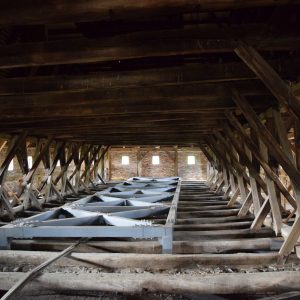 The watchtower is situated at 10 meters and it imposes, similar to the bell tower of Sighisoara. Holes are in the walls. Several types of bells were carried out over the years, but the fire has always been right. It was in 1830 that it gets its final shape. A small wooden statue named “Bogdan” accompanies the bell rings, you will see it on its south side. 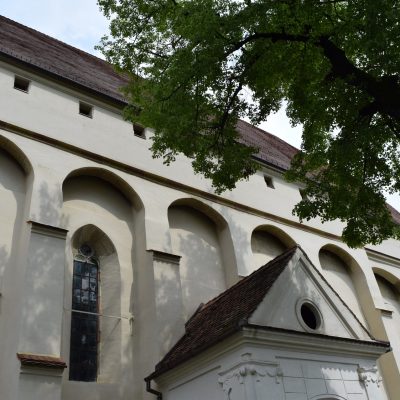 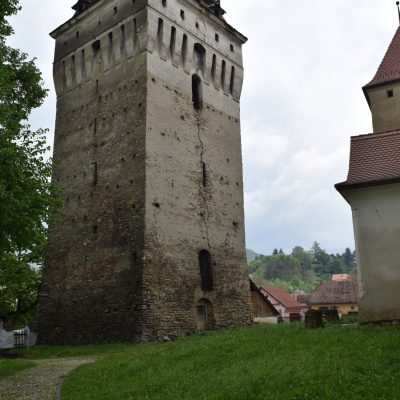 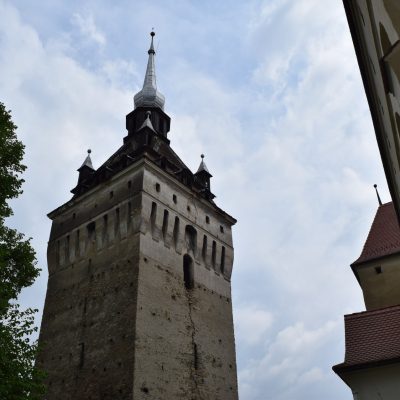 There is little additional fortifications, external walls, but it was never the only defense of the peasants … 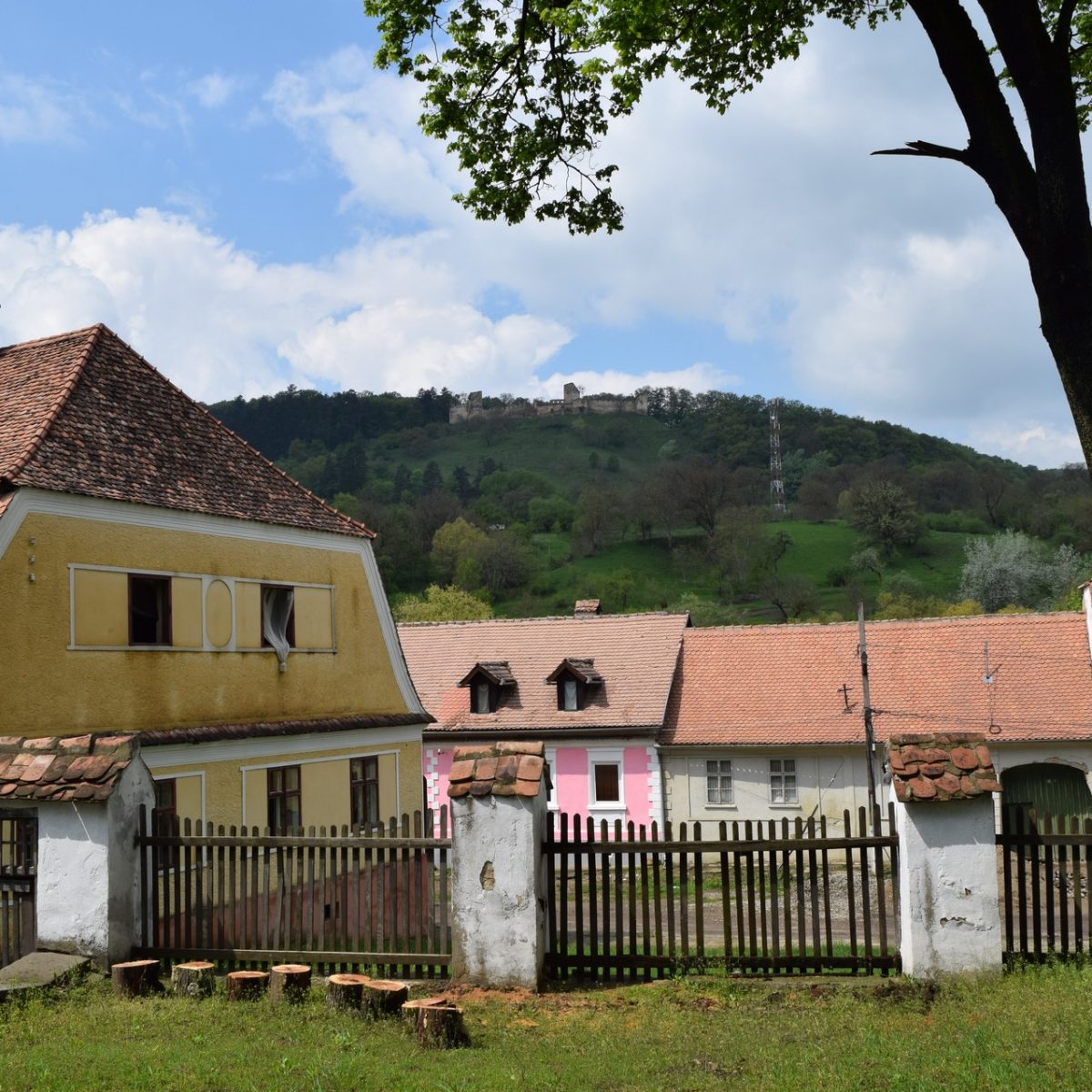 The citadel of Saschiz village :

Overlooking the city on a hill at over 650 meters tall, the Citadel looks great, although it is now in ruins.

To get there, follow the signs “Cetatea Taraneasca” which will guide you through the narrow streets of Saschiz. It climbs, it climbs, and is believed never see the end, when you go to park near a telephone booth; the citadel is not accessible by car.

Then follow a winding and steep path where benches will guide your climbing. On the deforested path, the walk offers a nice view over the village and the church becomes increasingly small in this grandiose panorama. 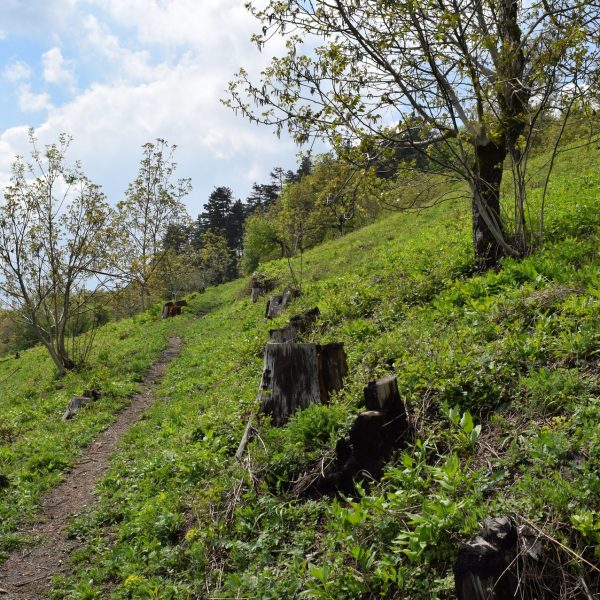 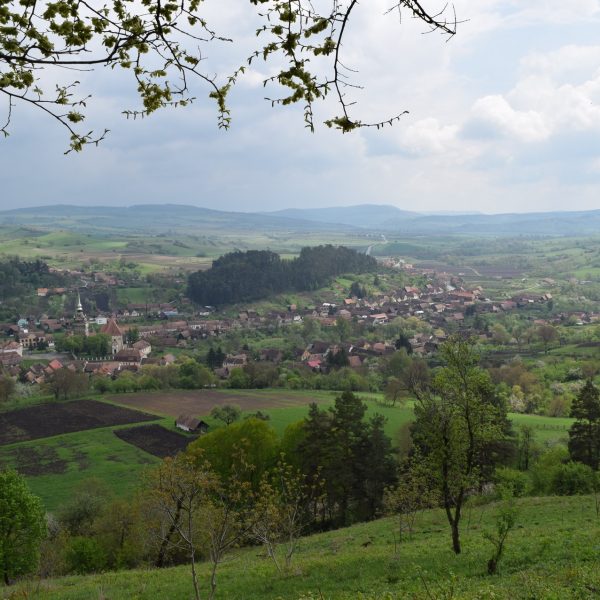 Now at his feet, the citadel really shows its stature. Its walls are high, in some places they reach 10 meters. The entrance is covered with several stone arches overhanging a defense tower. The wall is still in good condition and it is mainly the towers that have suffered, deprived of their upper half. They are 6 in number and all have a role in the past. We find the tower of the Guard, of the Gate, of the School, the Priest, and of the Voievozi  and of ammunition. 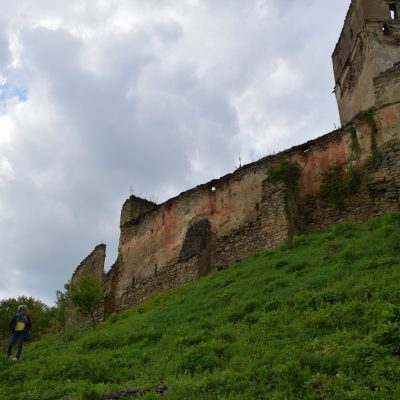 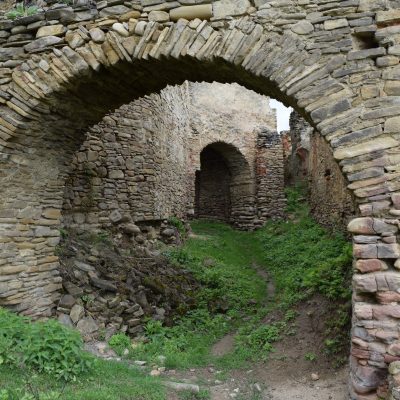 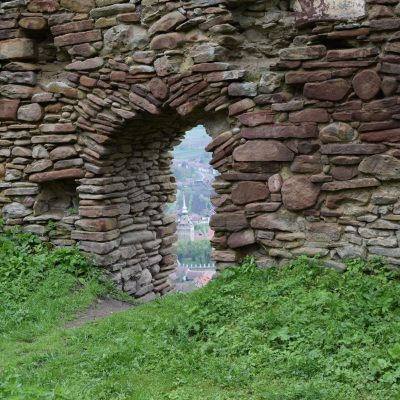 Inside, little to see except a completely destroyed building. Please pay attention to the well, not to fall into it, you would not see the bottom, it is over 50 meters deep. A legend tells of a secret passageway leading up to the fortified church, but this was never discovered. 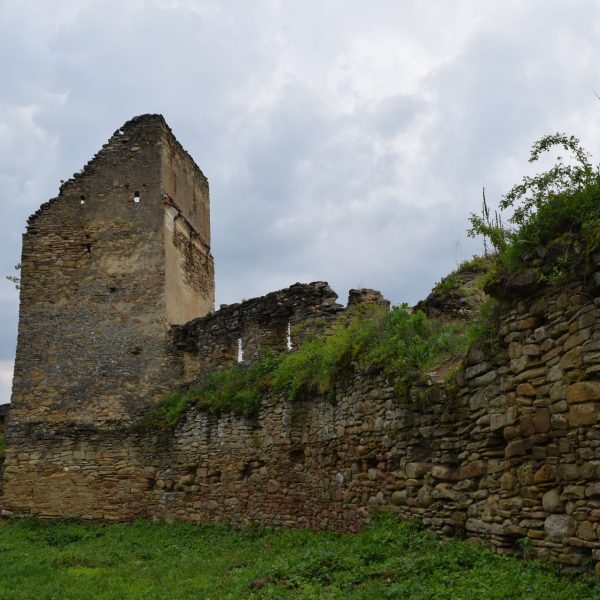 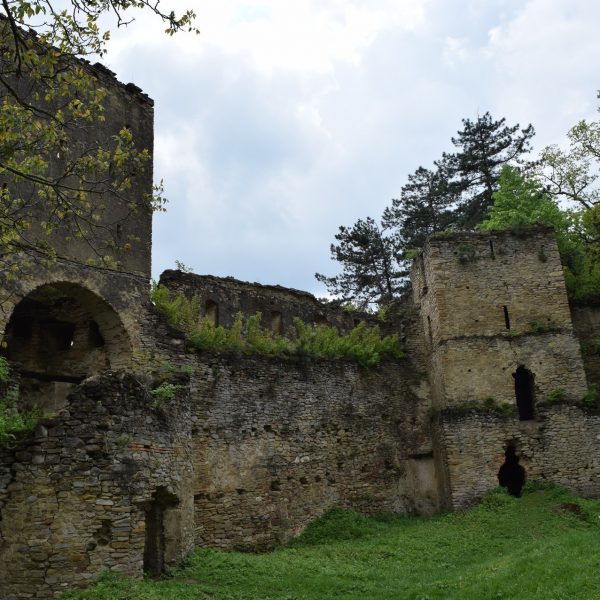 The wall protects 360 degrees   the fortress where the peasants had defended their resources and their lives versus the Turkish invaders. But the nature won the final battle. In this season, you will realize that the plants have as many guards posted on the ramparts unloading their pollen through the loopholes, so much space to accommodate its allies’ browsers such a giant and fortified hive. On the other side of the citadel, a natural path takes you to a stream in the woods where human influence never seems to have affected his eternal descent. 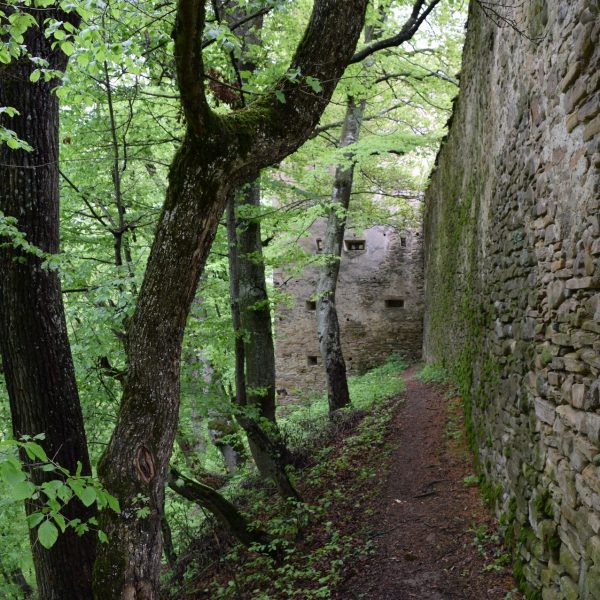 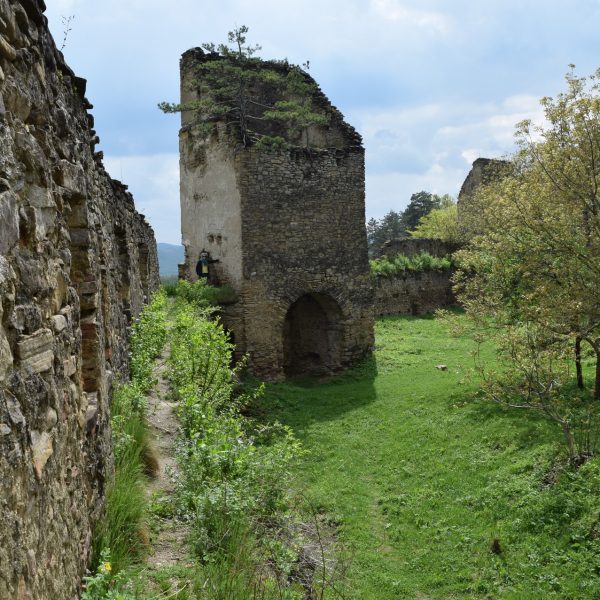 The citadel was built in 1347 by the Saxon peasants and it was the main location of defense against the Turks. Its fortification has increased over the centuries, until the seventeenth century. Beyond that, it was little by little abandoned because it was too far from the village until 1945, when the army of the Soviet Union destroyed it to use the materials.

The town is currently seeking funds to restore the citadel, but it would be costly and it is only a project for now. I think, for my part, the Citadel is fine as it is …