Taking advantage of the arrival of my little brother in Romania and the free day of my father, I organized a trip for a half day in Targoviste, in Judet of Dambovita. Because we had to go to Ploiesti before going there, we ate there, and then took the road to the old capital city. In all, I would say a 3 hour drive.

The city has a beautiful heritage including a monastery, churches, a history museum and the former royal court in Romania that we have visited in 1-2 hours.

Targoviste appeared at the end of the fourteenth century under the reign of Voivode Mircea the Elder (Mircea cel Batran). There were installed  houses, a church, and all was surrounded by walls and defense towers.

The place  evolved under the new Wallachian princes, some of which have marked the place by their history or by the architectural improvements they had implemented.

We think of Vlad Dracul (the Devil) (Prince between 1436-1447), who built the Chindia tower and the first royal court. He was the father of Vlad Tepes. Famous under the name “Dracula“, he impaled his enemies.

But it is especially the Prince Petru Cercel (Prince 1583-1585) who will mark a big change by building a new royal court, the great royal church and gardens.

But let’s return to the experience that I have had there :

The area is located in the northwest of the city, few difficulties to find, all is signalized. If you have good eyesight, target the large tower of red bricks.

After you have parked easily, you must pass the fortified main gate east. Under the door, you find the list of voivodes who resided in these places. From 1386 to 1714, there were many, and the last was Constantin Brancoveanu.

You are asked to pay 10 lei for entry and 15 lei for the photo fee, knowing you do not have to pay if you use your phone camera.

By walking to right after entering, you will drive to the little church of Saint Friday. On the way, you will find signs describing what there is to see, in Romanian and English. 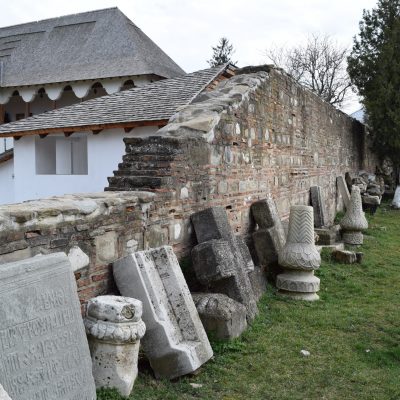 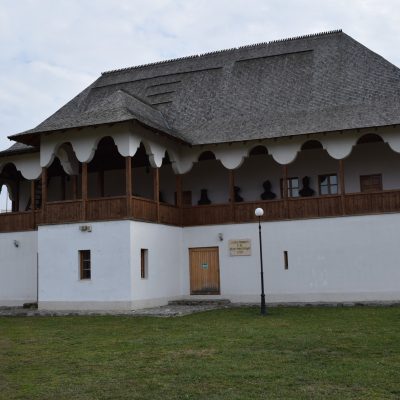 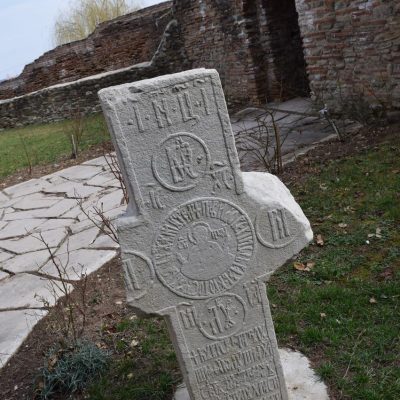 Along one wall, we can find some vestiges of the past; stars and pieces of columns with fine pictured signs.

The Church of the Good Friday is hidden behind tall spruces. It is the only church in Romania dating from the fifteenth century to have been preserved in its original state. It still houses the tomb of the wife of Prince Constantin Serban (Prince 1654-1656), namely Lady Balasa. The church was closed when we went, it is unfortunate because inside there is a carved wooden throne of Wallachia with coat of arms; a predator with a cross in the beak, the moon on his left and the sun on his right. 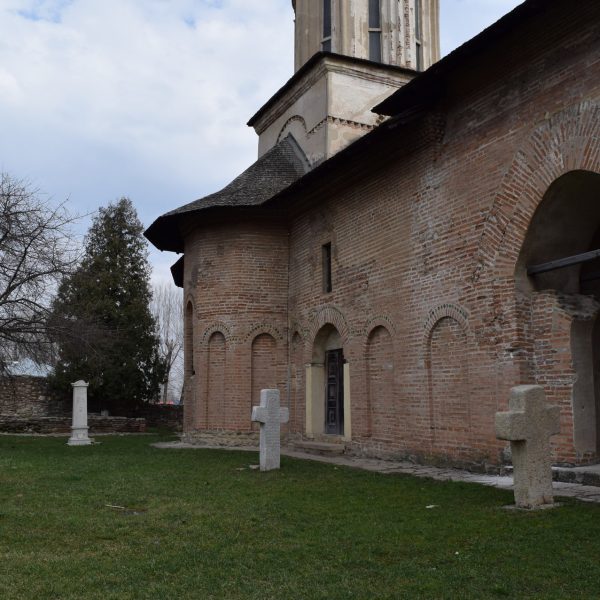 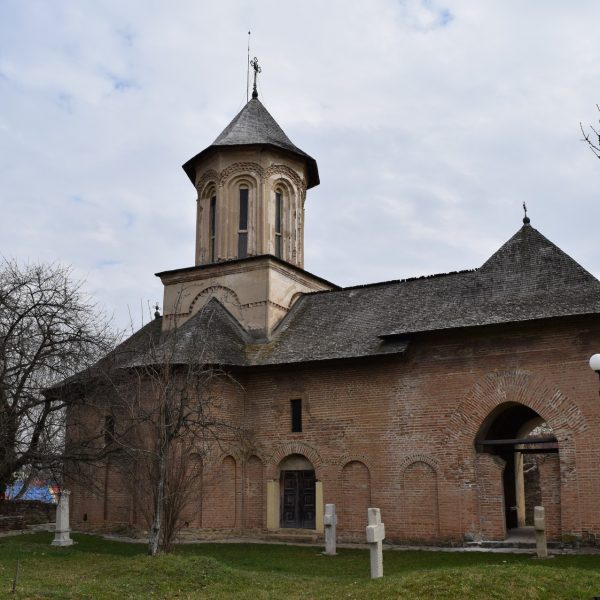 The little house on the left of the church served to Lady Balasa to accommodate Christians destitute asylum seekers. This was also closed and now is used as a warehouse.

Then we went to visit the large and impressive princely church. As much outside as inside, it’s beautiful. The interior frescoes cover the walls and despite being somewhat degraded in some places, they even spread their beautiful colors very well. It’s the light coming from the towers that illuminate. Petru Cercel, former prince of Wallachia of the sixteenth century, has been inspired by his travels in Italy. Under his own 2-year reign, he will have built the building and much more! 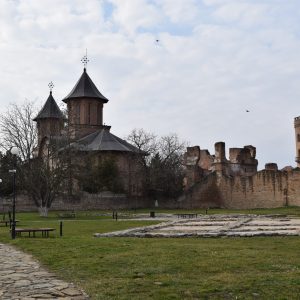 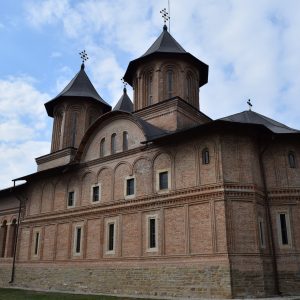 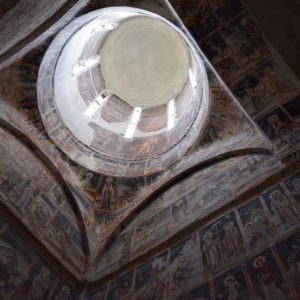 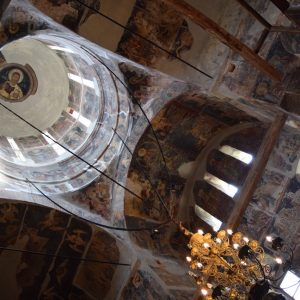 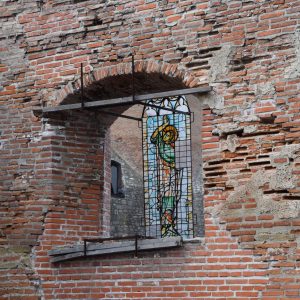 Linked to the big church, we find the ruins of the princely court. It was destroyed in 1659 by Gheorghe Ghica by order of the Ottoman sultan, “The sublime door” because Targoviste held too much resistance against the Turkish invader. Constantin Brancoveanu was the last prince to live, but after his death, the whole city that became extinct was gradually replaced by Bucharest, new Romanian capital. 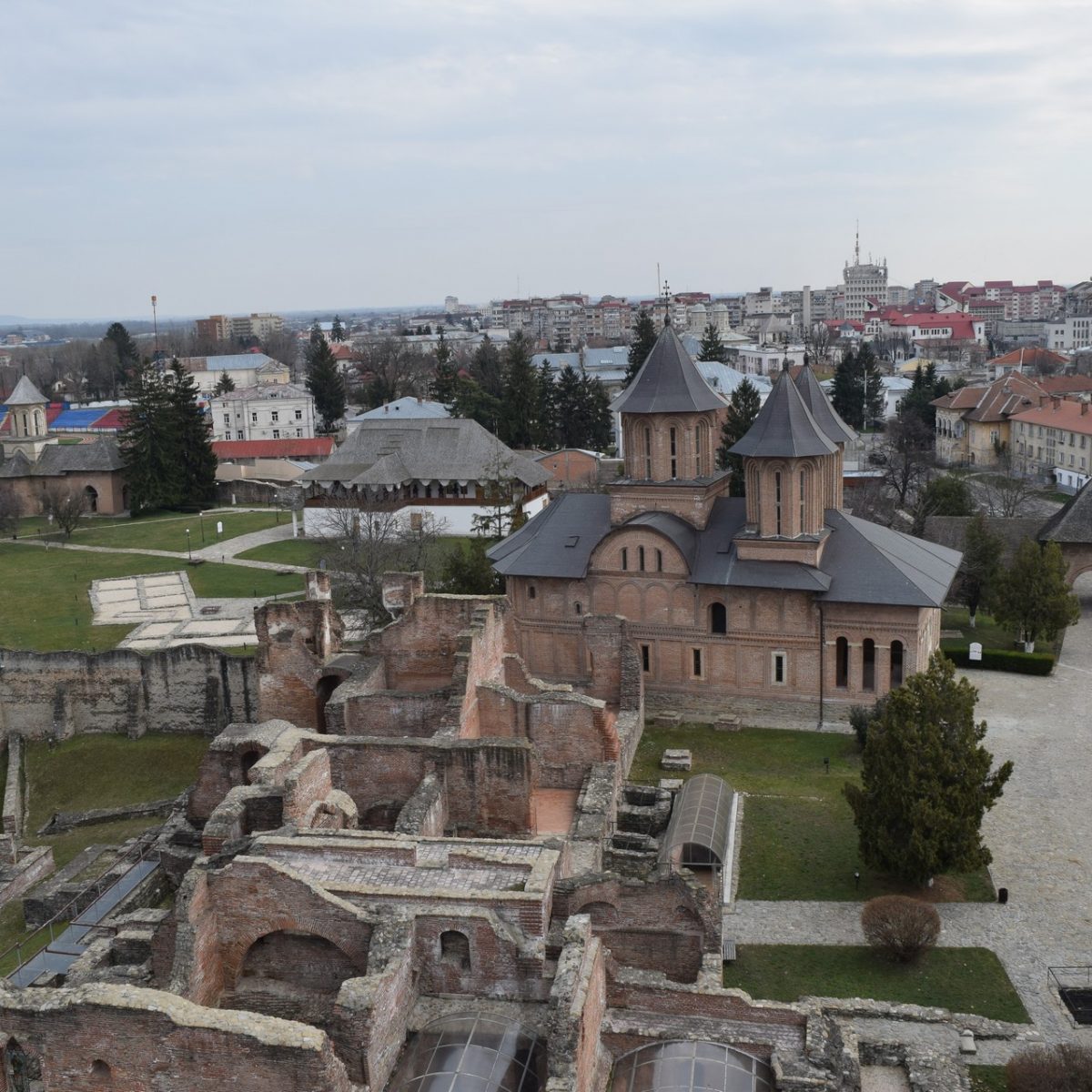 It is a set of walls that you find during your visit. We can still imagine the past, grandiose. It is suspected that there were balls and banquets held in large venues. One could walk on an outdoor terrace overlooking the sight of the princely gardens. Oh if I was prince at that time!

Finally, there is the Chindia tower. It is the symbol of Targoviste and obviously, it is really impressive. It was built in the fifteenth century by Vlad Dracul as defensive point. It was part of the court that was built before Vlad Cercel. 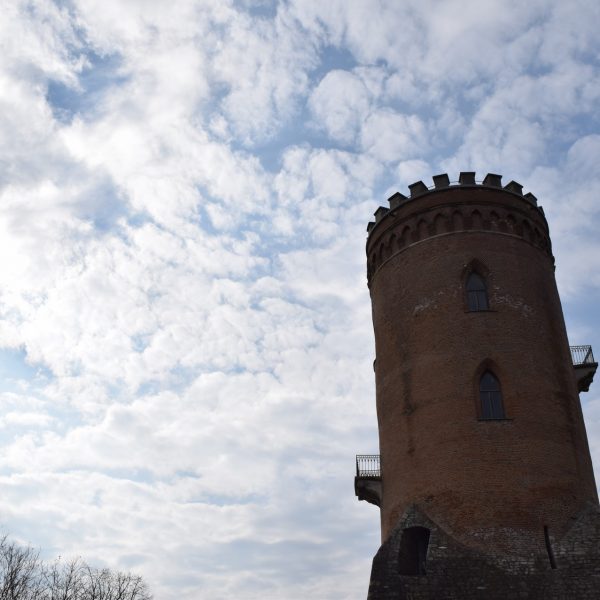 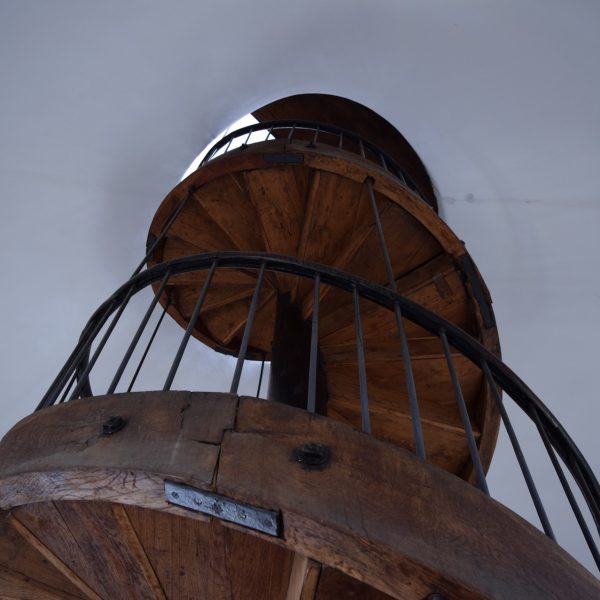 His name, “Chindia” mean twilight and it comes from the fact that it also served as a bell tower in the seventeenth century. The sound it emitted had to be a bit special.

The tower is 27 m high and 8.5 m in diameter. It is built of red bricks. This is not the original, it has indeed been restored in the nineteenth century.

Inside, you go up a rather narrow spiral staircase and through two floors where you can take a break enjoying explanatory documents on the history of the Princes Vlad Dracul and Vlad Tepes.

The top of the tower offers a great view of the city and especially the different monuments of the old court. You will see also, lost in the city, the Stelea Monastery, recognizable by its large white church riddled with colored stones.