The Palace of Parliament, one of the largest buildings in the world, cannot be missed when you visit Bucharest. Without great charm, one cannot deny to have been impressed by this big building. While many tourists absolutely wish to know what is hidden there, I raise the curtain, it is the great emptiness there … But if this great building was one of the greatest wastes of the communist era, there is no less an unforgettable, immutable memory…

What to know to visit the Palace of Parliament:

To visit the Palace of Parliament, certain conditions are necessary:

Obligation to come with an identity document (ID or passport).

Entrance fee: In general it depends on the tour you can make, knowing that you can do a classic tour with in addition discovery of the balcony of the palace and / or the basement. The standard tour is 35 lei / person (8 euros) and a photo tax of 35lei / additional person.

The entrance is on the opposite side of Izvor Park. Passing the gate, you go directly straight ahead and you do not have to climb the stairs.

There are guided tours (obligatory) at different schedules for different languages, including French and English. I also think I have heard Spanish and Portuguese, but it’s up to you to check. These visits last 1h30 max.

Inside the Palace of the Parliament :

First of all, I must warn you that you should not expect to discover the history of communism in Romania, nor the history of Ceausescu, to tell the truth. The purpose of the visit is to give you details about the construction of the building as well as general information. 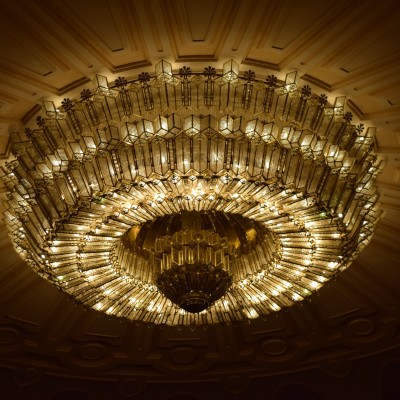 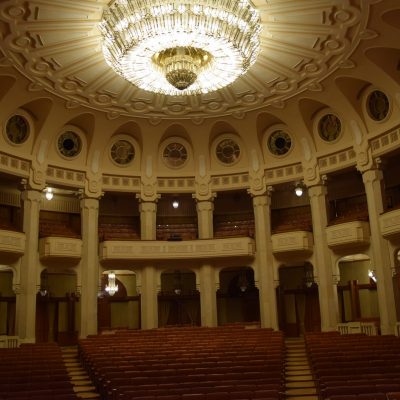 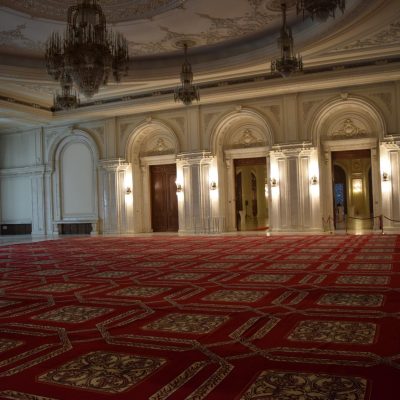 Beginning with 1972, in Romania, the arrival of systematization in the towns and villages where many houses and buildings, sometimes historical, considered obsolete and witnesses of the former oppression of the proletariat by the bourgeoisie were destroyed. They were demolished to create beautiful gray concrete buildings for mass housing. 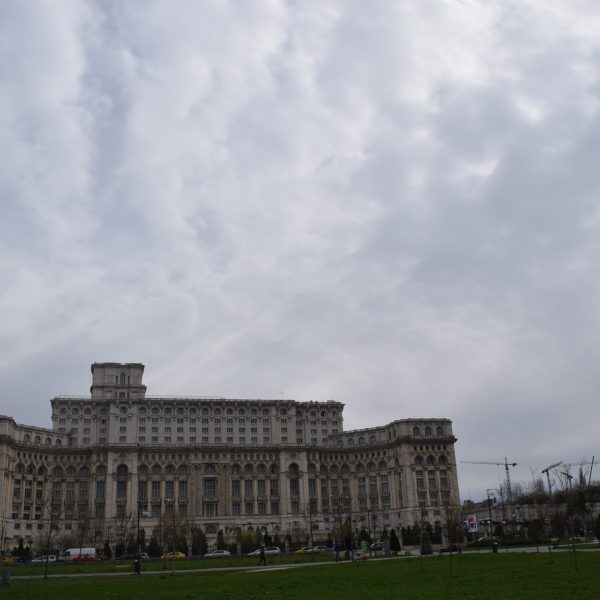 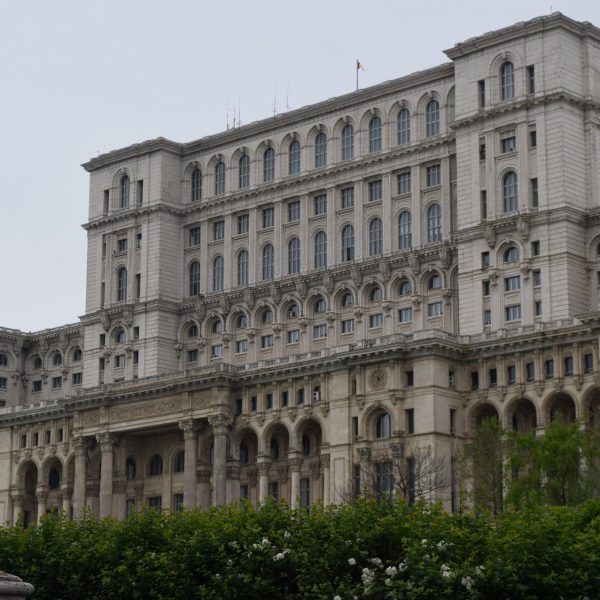 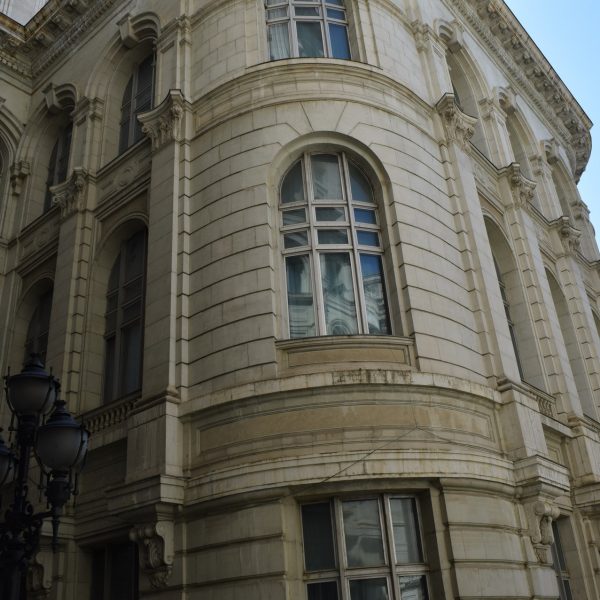 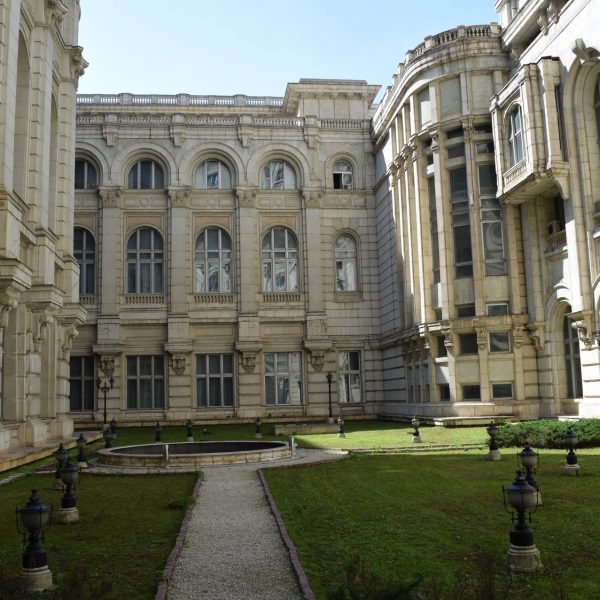 The construction of the building began in 1984 following the wish of Nicolae Ceausescu, former communist dictator of Romania, who wants to bring together the four biggest institutions of the country into a building:

The excuse to lure the people came from the great earthquake of 1977 which highlighted the weakness of the Romanian buildings today to resist this type of disaster.

In order to make room for the monster, one fifth of the city of Bucharest had to be destroyed, an old part which included many historic houses. More than 40 000 inhabitants will be sent / rehoused in buildings with often unhealthy conditions.

To build Casa Poporului (“the house of the people” as it is still called today) in a neo-classical style, more than 20,000 people had to work under the direction of the architect Anca Petrescu. 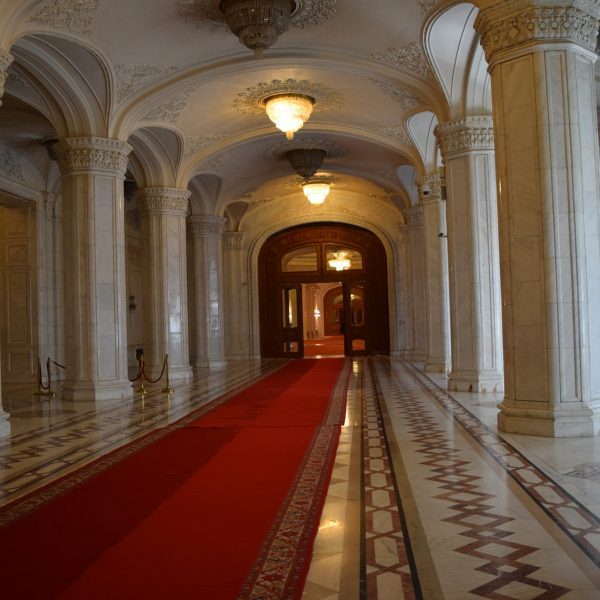 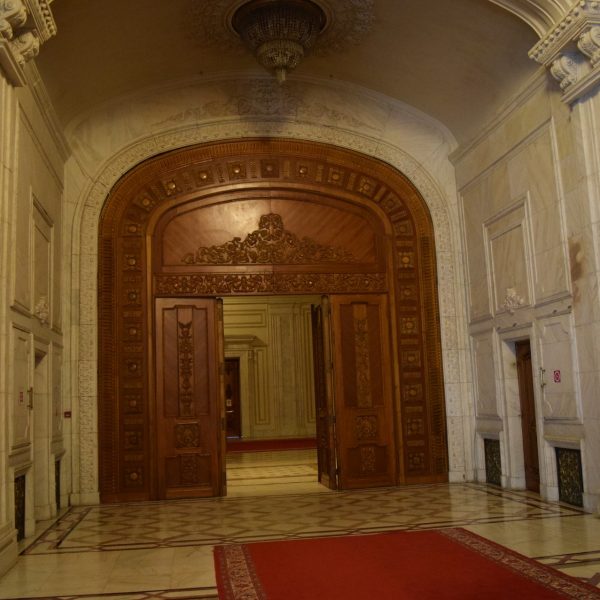 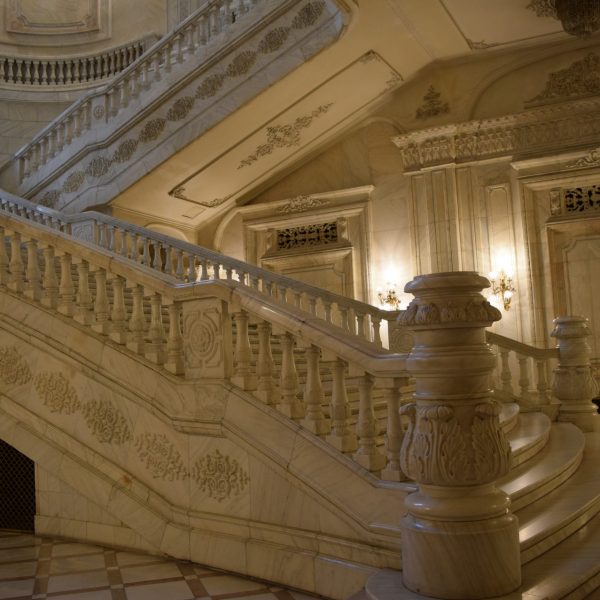 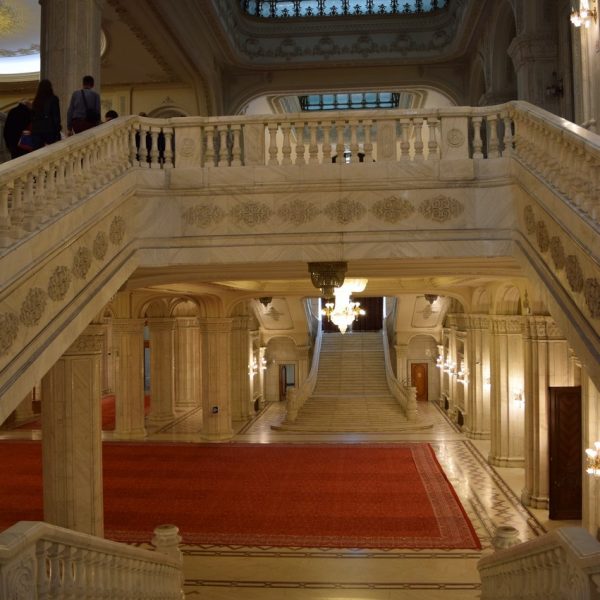 What is extraordinary is that all that makes up the Palace of Parliament comes from Romania only. Whether it is the million cubic meters of marble from a Transylvanian quarry, Medias’ crystals or silk curtains made by the country’s monasteries. 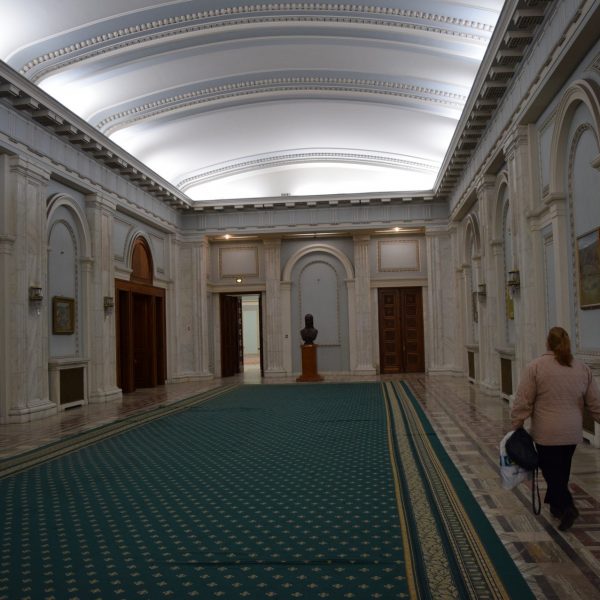 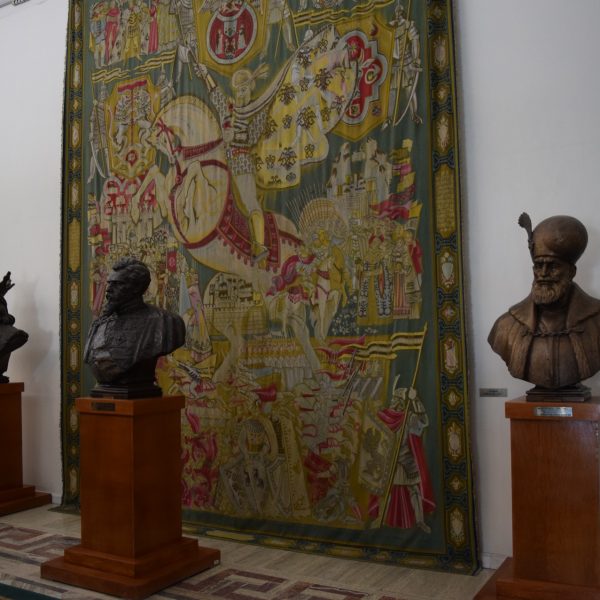 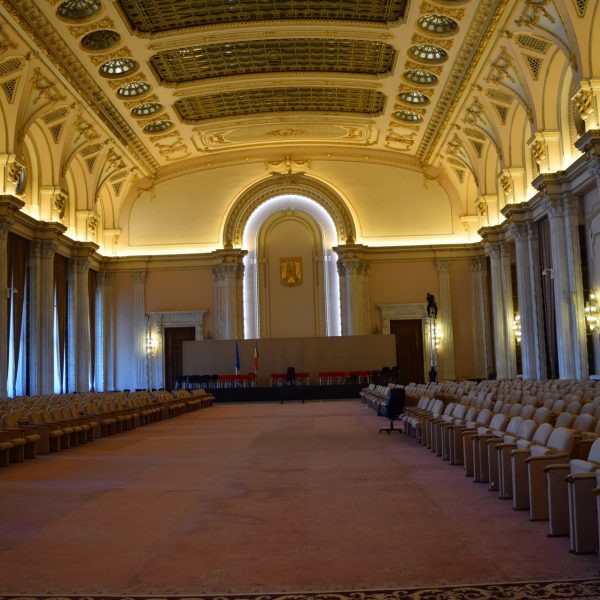 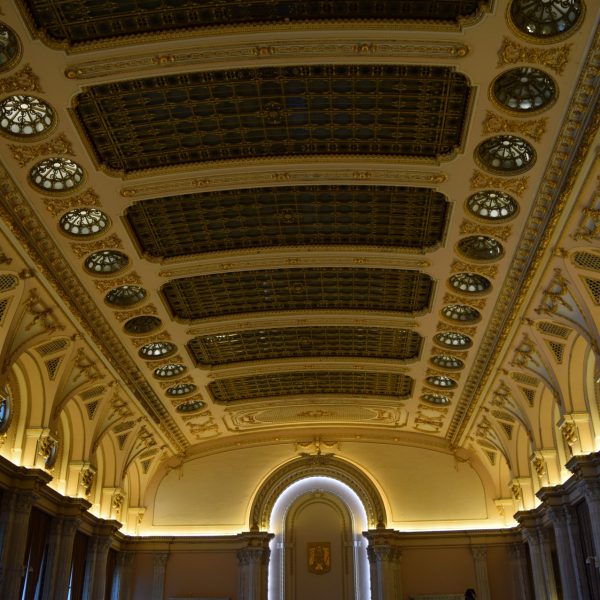 The fact remains that Ceausescu will never see his project completed and that some rooms are not yet finished. The palace, despite having been looted in 1989 during the Revolution, continues to be built. It houses the Senate and the Chamber of Deputies, which explains why it is so much guarded.

During your visit, you will discover several rooms of impressive size, but I prefer to leave this pleasure to your guide. 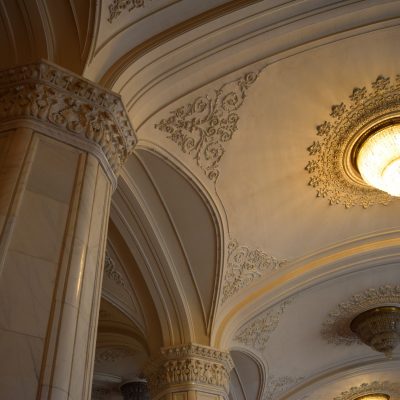 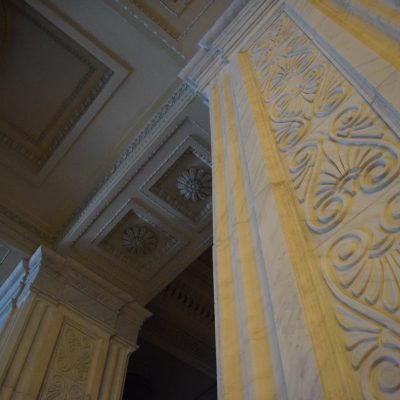 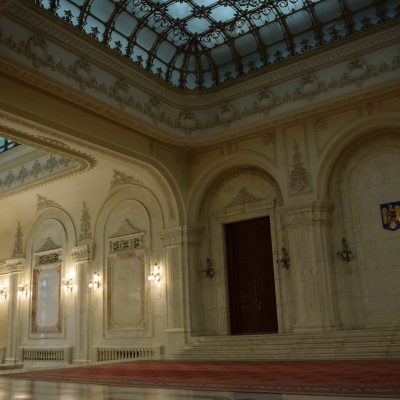 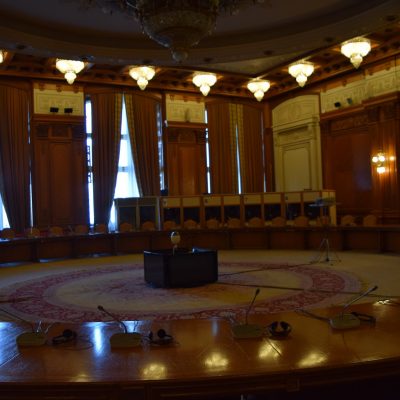 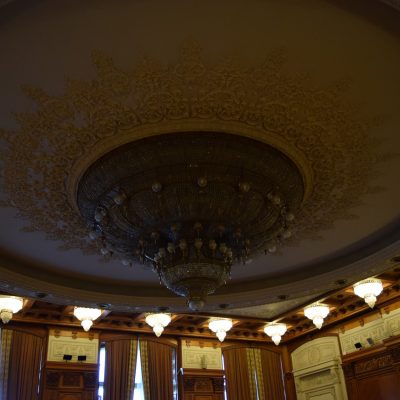 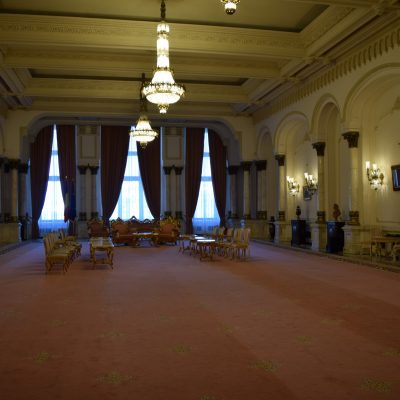 Symbol of the Communist regime, the Palace of Parliament was preserved by necessity, but also, implicitly, as a symbol of what the Romanian people no longer want to endure. The Romanians have gone through many stories, have been dominated by many personalities and civilizations but will always keep these memories close to them so they never repeat the errors.