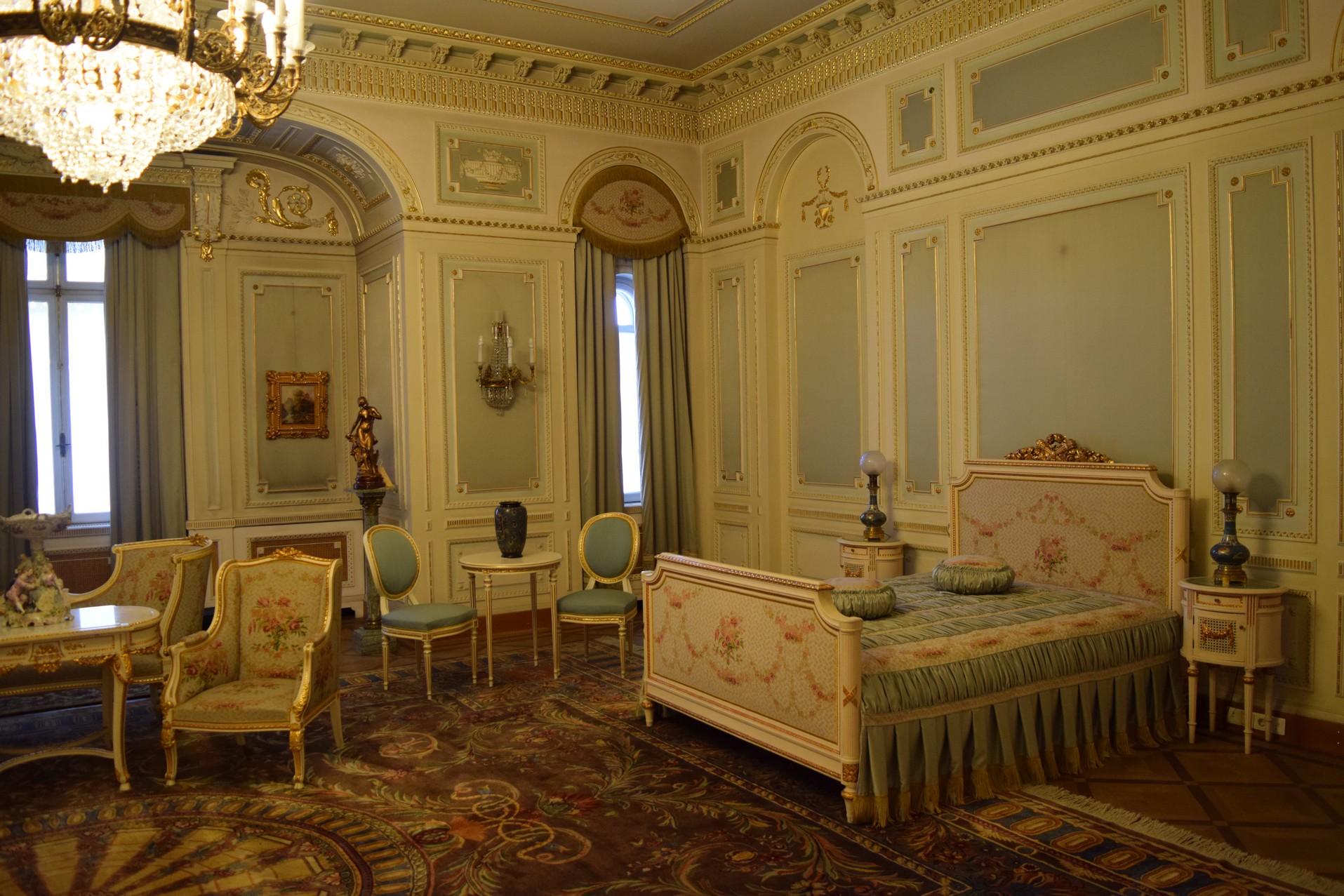 Among the many historical monuments that Bucharest hides, the Cotroceni Palace should be on top of your list. Why ? Because it’s just beautiful, rich in details and history.

To visit, it is imperative to schedule an hour before you go, otherwise you probably will not be accepted.

The tours have specific schedules by language. It is imperative that you bring your ID (passport accepted) and come on time (10-15 min before) Why so many rules? Simply because the palace is one of the official houses of the president.

Entrance costs 40 lei / person (for a foreign language guide) and photo fee is 20 lei. About the photo fee: it is valid only for the museum, outside landscape and the church are forbidden to be photographed.

And that’s a shame, because exterior is enough to make beautiful pictures. The garden is beautiful, rich in trees and having a beautiful lawn, park maintenance is very good.

It is among the trees that hides the beautiful palace, decorated with walls very familiar with style Brancoveanu  (17 to 18th century). The palace surrounds a central courtyard where there is a beautiful church. Always this beautiful garden, with roses whose guide told us that this is the only species with which we can make jam.

The church has beautiful religious frescoes, no details to add but let’s take a glance at the history …

The Cotroceni palace, in its original form now disappeared, was built between 1679 and 1681 by Prince Serban Cantacuzino. He stood, and still stands up around the Church of the Ascension, dedicated to the Virgin Mary.

Many people in history have entered it. We can think of Tudor Vladimirescu who in 1821 decided to establish the base camp of the revolution right here.

In 1888, the palace will feature architecture of the French Paul Gottereau for King Carol I.

His son Ferdinand I will stay there a long time with his wife, Queen Mary, from 1895.

Ceausescu finally made many changes to accommodate official guests.

Inside the Cotroceni Palace

Cotroceni Palace houses an impressive number of pieces of incomparable beauty and embellished with various objects belonging mostly to King Ferdinand I and Queen Mary.

In the basement, there is a vast cave whose walls date from medieval times. As you see, there are mainly religious elements. Here, a chandelier that Serban Cantacuzino had offered to the church and bearing its symbol, a golden two-headed eagle.

In French style, dining room, hunting, boating or to sleep await to be seen.

Here is the most beautiful room, called the flower room, you can see the pink garlands sprinkle the walls and there is a also a beautiful piano. The curtains spread a bluish atmosphere throughout and artist, I am sure, wanted to reproduce the Garden of the Gods…

For Ferdinand, pleasures were in the next room. A beautiful library with a collection of over 2500 books. French, German, there are a lot of botanic books, one of the great passions of the king.

A look at the royal chambers and especially on the private part of Queen Mary, entirely in pine wood. The queen was going to meditate there and although she was of Anglican religion, she became interested in the Baha’i faith and finally was baptized Orthodox at the end of his life.

This description is short compared to what you might find in these places, but it’s up to you to go. Again, Romania proves that its heritage is fantastic, large, and unfortunately not enough valued against bigger countries. It is a rich destination, but well hidden, but visitors really interested and curious will find the hidden treasures … 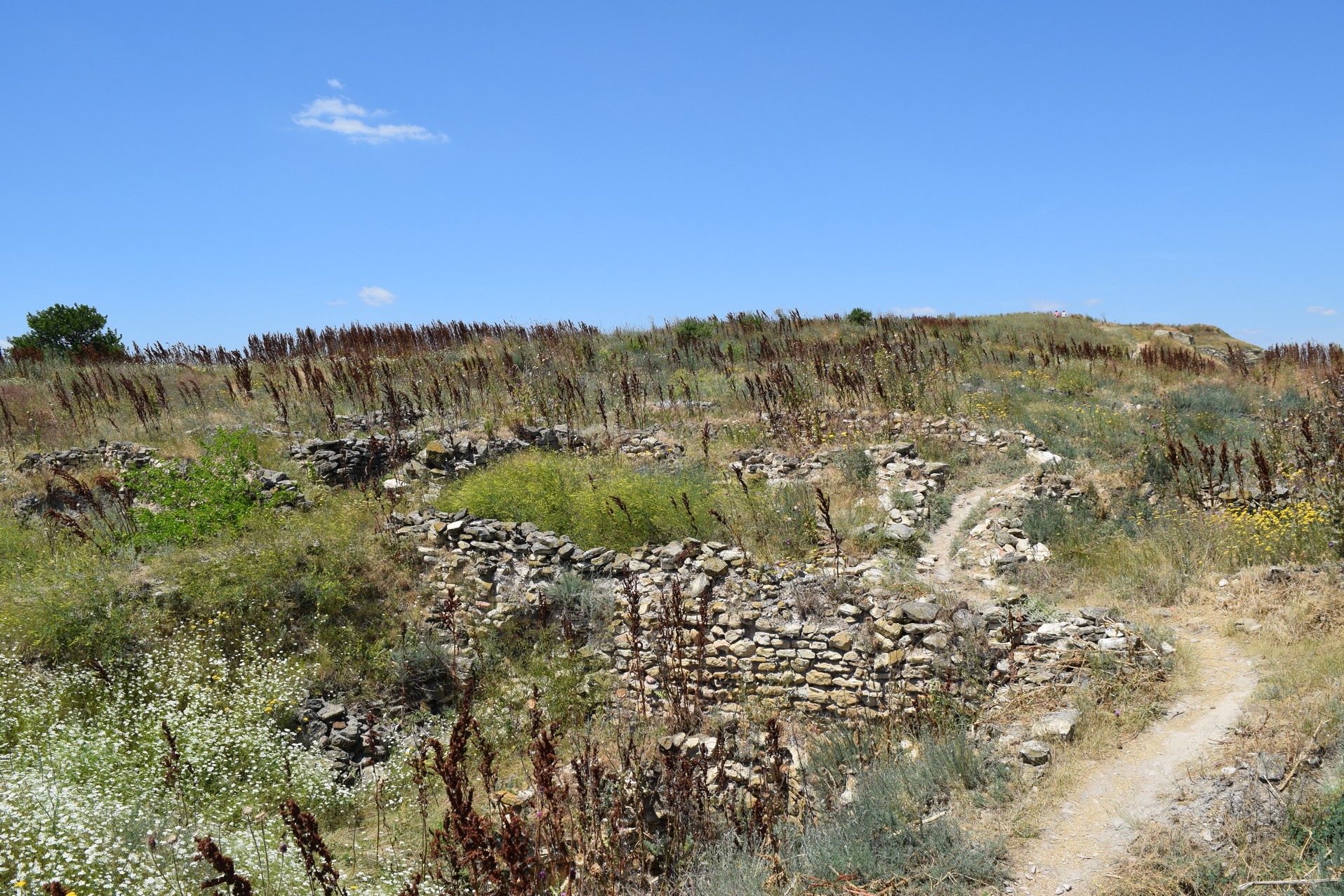 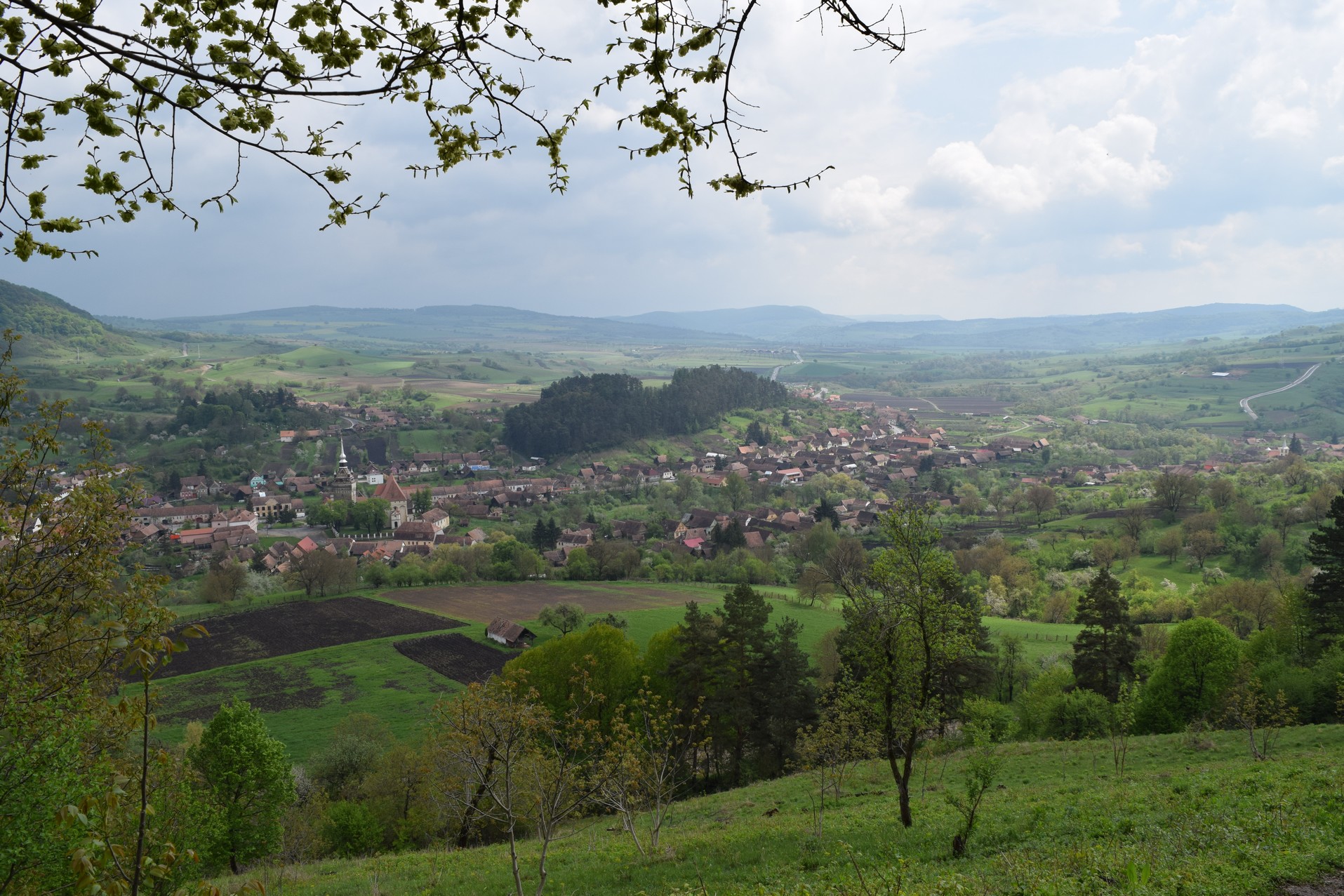